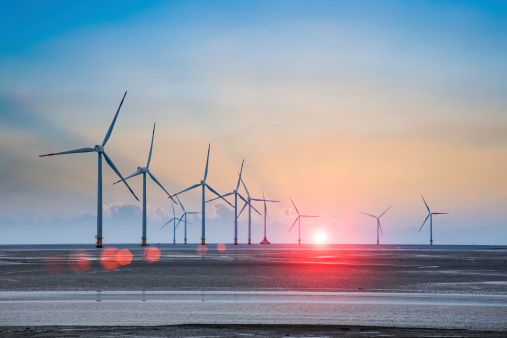 Gov. Chris Christie, R-N.J., has vetoed legislation that would have instructed the New Jersey Board of Public Utilities (BPU) to open a new window for applications for small offshore wind projects off the coast of Atlantic City.

According to Fishermen’s Energy, opening this window would have allowed the BPU to take a fresh look at the developer’s proposed 25 MW offshore demonstration project, which now addresses the BPU’s principal rationale for denial in the past: that the price was too high because federal funding was not guaranteed.

Fishermen’s says its project now has a $50 million funding agreement in place with the U.S. Department of Energy (DOE) and qualifies for the newly extended 30% investment tax credit.

Paul Gallagher, chief operating officer of Fishermen’s Energy, says that with the DOE funding, “the project can produce power at a much lower price.”

Since the developer submitted the application in 2011, the BPU has raised a number of other objections with the proposed Fishermen’s project, to be situated off the Atlantic City coast. These include economic and technological viability, the cost of the electricity the project would produce, and whether it would produce a net benefit under the Offshore Wind Economic Development Act (OWEDA).

Most recently, the BPU noted Fishermen’s frequent switching of turbine suppliers. Thus, in October, Fishermen’s said it would be using only Siemens’ 4 MW towers for the project.

“Coupled with Siemens turbines and traditional financing, the project can address the BPU’s other stated concerns,” says Gallagher. “It is worth a second look.”

Chris Wissemann, CEO of Fishermen’s, states, “Now that the legislation is no longer clouding the BPU’s authority, we expect that the administration will support the BPU opening up a new window to accept an application to factually determine if offshore wind works for New Jersey – especially now that the project brings more than $100 million in federal funding and more than 500 jobs to New Jersey.

“In the face of the world transitioning to a low-carbon economy, it makes sense for New Jersey to harness the economic benefits of this new economic driver to create jobs here,” he says.

Calling the vetoed bill “an expression of frustration by the legislature,” Gallagher adds, “Even without this legislation being enacted, the BPU remains authorized by its own rules to open a window, accept a new application and otherwise implement OWEDA.”