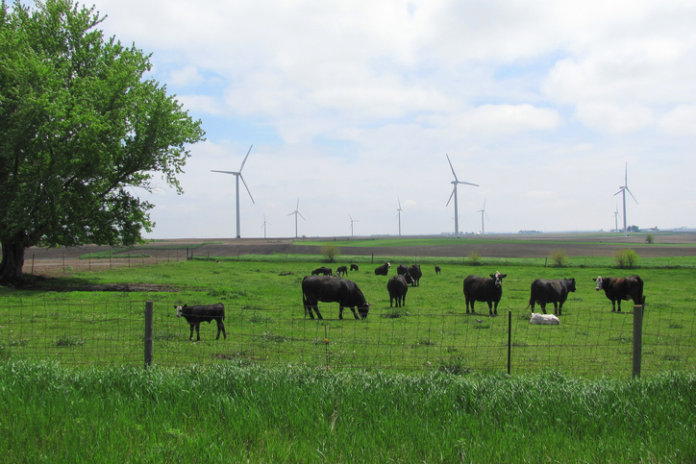 Yesterday, the U.S. House of Representatives passed H.R.1, the tax reform bill that wind stakeholders fear would be detrimental to the industry.

Passed by a vote of 227-205, the legislation, which would trim tax incentives for the wind power industry, could threaten 60,000 American jobs and $50 billion in private investment, according to estimates from the American Wind Energy Association (AWEA), which adds that the House “missed an opportunity” to stand up for U.S. wind energy workers.

More than 200 companies in the wind power supply chain recently wrote to the House to ask for an amendment for the bill to honor the terms of the 2015 bipartisan agreement to phase out the wind production tax credit (PTC) and investment tax credit (ITC) from 2015 through 2019. However, the newly passed bill still undermines wind development by implementing a retroactive change to qualification rules for the tax credits, says AWEA. The bill would also terminate an inflation adjustment, significantly cutting the value of the PTC.

On the other hand, the Senate tax proposal that passed the Finance Committee last night does not retroactively alter the wind energy PTC or ITC, leaving in place the phase-out terms set in the PATH Act of 2015, AWEA points out.

“The House tax bill, far from being pro-business, would kill over half of new wind farms planned in the U.S. and undermine one of the country’s fastest-growing jobs,” says Tom Kiernan, CEO of AWEA. “The wind industry tax reformed ourselves with bipartisan agreement in 2015. The Senate tax proposal gets it right by respecting those terms. Congress must act immediately in conference to drop the House provisions on the PTC and ITC, to restore the confidence of businesses ready to pour billions of dollars into job-creating American infrastructure.”

Anna Aurilio, D.C. office director of Environment America, adds, “After months of global warming-fueled extreme weather and wildfires and decades of air and water pollution from burning fossil fuels, it has never been more important to shift our country toward a 100 percent renewable energy future. We can protect our families’ health and environment by getting more truly clean wind and solar on the grid and shifting to cars that emit zero tailpipe pollution. Yet the House tax bill keeps big oil’s tax bonanza while eliminating important incentives for solar, wind and electric vehicles. Adding insult to injury, it cuts the wind energy tax credit by one-third and extends the same credit for dirty and dangerous nuclear power indefinitely.”

Likewise, the Sierra Club is speaking out against the “deeply regressive” tax plan that would bring “outrageous and painful cuts to the core domestic programs that help protect public health, the environment and so much more in America.”

Melinda Pierce, legislative director of the Sierra Club, says, “The American public’s staunch opposition to this bill shows they see through the rhetoric and recognize this bill as a disaster for our country.”

A full analysis on the effects the bill would have on wind and solar can be read here.