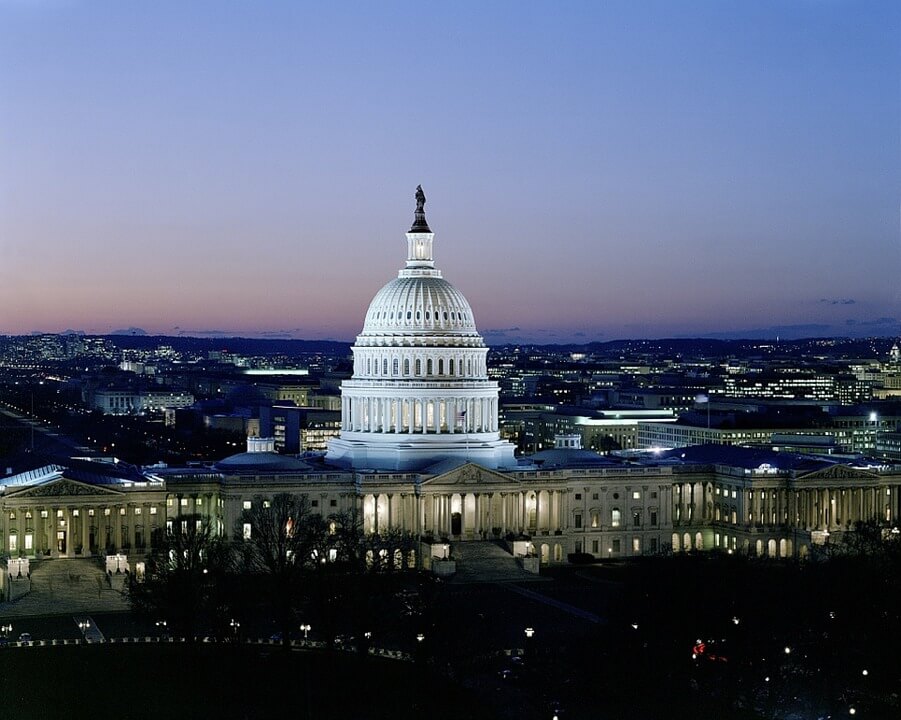 On Nov. 2, House Republicans released their proposed tax reform legislation, providing for massive alterations to tax law. On Nov. 5, Rep. Kevin Brady, R-Texas, formally submitted the bill as H.R.1 to his Committee on the Ways and Means. The proposed legislation would trim tax benefits applicable to the wind and solar industries while broadening the scope of the application of the “orphaned” energy tax credit. The proposed legislation is subject to further amendments and may not be enacted into final legislation.

Continuity of Construction. Pursuant to current law, the production tax credit (PTC) and investment tax credit (ITC) phase out over time, with the level of credit for which a renewable energy project qualifies being based on when the project begins construction relative to various deadlines that determine the level of PTC or ITC. Under the proposed legislation, for any renewable energy project to qualify for a specific level of PTC or ITC, there would need to be continuous construction on such project from the deadline for the specific PTC or ITC level through the date the project is placed in service.

The concept of continuous construction does not exist in the current PTC and ITC provisions of the Tax Code. It was adopted by the U.S. Internal Revenue Service (IRS) as an administrative matter in Notice 2013-29. However, the IRS later, under Notice 2016-31, created a safe harbor to enable projects to avoid application of the IRS’ “continuity” requirement. To qualify for the safe harbor, a project must be placed in service within four calendar years after the end of the calendar year in which construction begins. The proposed House legislation would effectively codify the continuity requirement and eliminate the safe harbor. Further, these changes appear to apply to all projects that have not been placed in service as of the date of enactment of the proposed legislation, regardless of whether construction of such projects began before enactment.

Notice 2013-29 excuses from its continuous construction requirement stoppages in construction for events like delays in obtaining permits, financing (for up to six months) or bad weather. We are hopeful that such delays in construction would still be excused in the event the proposed legislation is enacted.

This proposed legislation could put in jeopardy a significant portion of the gigawatts of new capacity from the new wind projects on which developers started construction in 2016 but for which they have not pursued “a continuous program of construction” based upon the expectation that they could pause and finish within the four-calendar-year window provided under Notice 2016-31.

Moreover, the proposed legislation applies the same actual continuous program of construction requirement to ITC-eligible projects, such as solar. The ITC for solar only starts to ratchet down for projects that start construction in 2019 or later. However, it seems unlikely that a developer would start construction on a residential or commercial solar project in 2019 and have a “continuous program of construction” that requires more than a few months to be completed. Therefore, it will be difficult for solar developers to “safe harbor” residential and commercial solar projects in 2019 and then actually finish those projects after 2020. This is in sharp contrast to what happened with respect to start-of-construction grandfathering for residential and commercial solar in the U.S. Treasury cash grant program.

Elimination of Inflation Adjustment. The proposed legislation would repeal the inflation adjustment for PTC calculations for renewable electricity production, thus limiting the PTC to its base statutory rate of 1.5 cents/kWh.

The proposed change would apply to projects that begin construction after the proposed legislation is enacted. The IRS presumably would use the actual continuous construction standard in determining when construction began. Therefore, projects that start construction after the legislation is enacted would be eligible for only 1.5 cents/kWh of renewable electricity production over the entire 10-year PTC period. That is a significantly less than the inflation-adjusted amount, which for 2017 is 2.4 cents/kWh and would be adjusted for inflation each year.

The proposed statutory language would not apply to existing wind projects that have been placed in service. Thus, for projects that are currently operating, the PTC would remain at 2.4 cents/kWh for 2017 and would continue to adjust for inflation for the remaining years in the applicable PTC period.  The Section-by-Section Summary from Ways and Means created some confusion with respect to the application of this proposal to operating projects because it provides that “taxpayers’ credit amount would revert to 1.5 cents per kilowatt-hour for the remaining portion of the 10-year period.” For there to be a “remaining portion,” the proposal would have to apply to operating projects. However, the Joint Committee composed of tax professionals that advise Congress on tax matters issued its Description of the “Tax Cuts and Jobs Act” that confirms that the change would not apply to operating projects: the “proposal eliminates the inflation adjustment [for projects] … the construction of which begins after the date of enactment. Such facilities are entitled to a credit of 1.5 cents per kilowatt-hour (i.e., the statutory credit rate unadjusted for inflation). Credits remain subject to the phase-down based on the year construction begins.”

Senator Grassley’s Objections. The father of the PTC, Sen. Chuck Grassley, R-Iowa, promptly voiced his objection to these provisions: “The wind energy production tax credit is already being phased out under a compromise brokered in 2015. It shouldn’t be re-opened. I’m working within the Senate Finance Committee to see that the commitment made to a multi-year phase-out remains intact.” The senator is the senior member of the Senate Finance Committee, so he should wield significant influence when the Senate takes up tax reform. Further, his comments have been echoed by two of his Finance Committee colleagues – Sen. John Thune, R-S.D., and Sen. Dean Heller, R-Nev.

We would expect that the senators’ objections, combined with an indemnity for tax change risk from a sponsor with a strong balance sheet, would enable wind projects to continue to be able to raise tax equity.

Further, wind projects in the early stages of development that did not “begin construction” for tax credit purposes in 2016 are likely to still undertake a strategy to begin construction in 2017 (albeit at only 80% of the PTC or ITC due to the 2015 phase-out), viewing it as a bet that either (i) the proposed legislation does not pass (or does not pass with the wind provisions) or (ii) that the project can actually undertake a program of continuous construction through the placed-in-service date.

However, other than a reduction in the corporate tax rate (discussed below), the solar industry until after 2019 would largely be unscathed by this proposed legislation. As the legislation has yet to be enacted and the impact to solar is more than two years away, solar developers may be more focused on their year-end transactions and their 2018 pipelines than war-gaming what the proposed changes to the ITC could mean for them in 2020.

Under the proposed legislation, qualified properties using these resources would be subject to the same requirements and phase-out percentages as qualified solar facilities. For instance, the phase-out rate for qualified fuel cell plants would be 26% if their construction begins after Dec. 31, 2019, and before Jan. 1, 2021. The phase-out rate would become 22% for qualified solar and fuel cell plants that begin construction after Dec. 31, 2020, and before Jan. 1, 2022.

For operating projects that no longer have material tax depreciation remaining, the reduced tax rate would be beneficial. Thus, enactment may mean that owners of interests in operating projects may be able to demand a higher price when they sell.

Expensing of Project Costs. The proposed legislation provides for “expensing” of all personal property (i.e., not real estate) through the end of 2022 to incentivize domestic investments, with an additional year for certain long-lived assets, including transmission.

The immediate expensing may incentivize sponsors looking to monetize investment tax credits to use sale-leasebacks, rather than partnership flip transactions.

Taxpayers would be able to opt out of “expensing” and into current MACRS (e.g., five-year double-declining balance depreciation) or straight-line depreciation. However, expensing would supersede the current bonus depreciation rules, but there is a “transition rule” that would allow taxpayers to elect use of the “current” bonus deprecation rules (e.g., 50% bonus depreciation for wind and solar projects in 2017) on their first tax return filed for a tax year ending after Sept. 27, 2017. This rule is not limited to new taxpayers, but an existing taxpayer can only use it on its 2017 tax return. In contrast, a taxpayer formed in 2018 (such as a new tax equity partnership) could also use the election to avoid “expensing” (and opt for bonus depreciation but at phased-down 40% level) on its 2018 tax return, which would be its first return filed after Sept. 27, 2017.

Of particular note, the expensing appears to apply to “used” equipment that is “new” to the taxpayer. For instance, if a business purchases a truck manufactured in 2015 from a used car dealer, that truck would be eligible for expensing. This could incentivize owners of wind projects (including repowered projects) to sell them to an investor that could immediately expense the full cost of the project (other than real estate).

Prospects for Enactment. Rep. Brady, House Speaker Paul Ryan, R-Wis., and the Trump administration may be able to push the proposed legislation through the House. However, the Senate is expected to be more challenging. Currently, the Senate has 52 Republicans, 46 Democrats and two Independents who caucus with the Democrats. The Republicans also have the advantage of Vice President Mike Pence casting tie-breaking votes. Therefore, the proposed legislation will not be enacted if three Republican senators oppose it (assuming the Democratic caucus holds the line).

Nonetheless, the pendulum could swing toward passage if a moderate Democratic senator up for re-election in a state that President Donald Trump won could be persuaded to support the proposed legislation. For instance, Sen. Joe Manchin, D-W.Va., is being courted in that regard, and Sens. Joe Donnelly, D-Ind.; Claire McCaskill, D-Mo.; Heidi Heitkamp, D-N.D.; Jon Tester, D-Mont.; and Bob Casey Jr., D-Pa., are also in that situation. Further, if McCain leaves office, his replacement would be selected by the Republican governor of Arizona, Doug Ducey. One could imagine the governor would likely pick a replacement that is willing to vote for the Republican version of tax reform under the budget reconciliation process.

However, those gains could be offset by other Republicans opposing the proposed legislation. As of press time, candidates for that role include Sen. Rand Paul, R-Ky., who is rumored to be likely to vote against tax reform on fiscal grounds, or Grassley, Thune or Heller, who each could, in theory, withhold his vote over the treatment of wind power.

All three co-authors are from law firm Mayer Brown LLP, where David Burton and Jeff Davis are partners and Anne Levin-Nussbaum is a counsel.