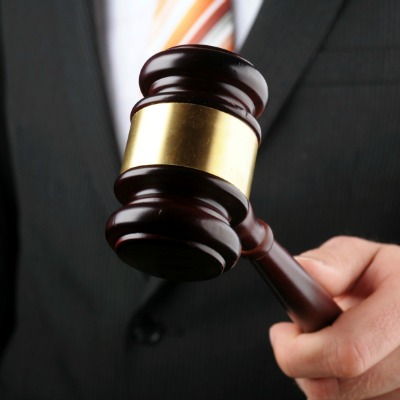 By a vote of 4-0, the New Jersey Board of Public Utilities (BPU) has rejected Fishermen's Energy's application, effectively killing the developer's plans for a 25 MW demonstration project to be located 2.8 miles off the coast of Atlantic City, N.J.

The BPU's approval would have allowed Fishermen's to use New Jersey's offshore renewable energy certificates (ORECs) – as part of OWEDA – to support the financing and construction of its $200 million demonstration project. The developer already has the state permits necessary to build the project.

The BPU also rejected the developer's last-ditch plea to postpone a decision until after the U.S. Department of Energy (DOE) selects three recipients in the next round of federal grants. Fishermen's, which was one of seven firms to receive a $4 million DOE grant in December 2012, was vying to become one of three offshore wind recipients of $47 million in grants for four years in the next round of DOE funding.

In its ruling, BPU staff determined that the Fishermen's pilot project was too costly and failed to demonstrate net economic benefits.

Once the potential DOE grant is factored in – along with the investment tax credit – the developer maintains the project will prove financially viable. Based on an assumption of $100 million in federal subsidies, Fishermen's Energy told the BPU that the project would cost $199.17/MWh.

According to a Fishermen's Energy statement, "The BPU staff recommendation to deny approval has no legal basis and is inconsistent with OWEDA." Further, the company asserts the transcript of a Dec. 20, 2013, hearing with the BPU demonstrates that the regulator's assertions are based on opinion, not fact.

"It has taken the BPU more than two years to provide feedback on this project, which Fishermen's Energy has proven will bring significant benefits to New Jersey without any risks to ratepayers," says the company in a statement. "The Department of Environmental Protection, the Army Corp. of Engineering, and BPU consultants, including the Division of Rate Counsel, support the project."

Particularly galling to Fishermen's was a BPU assertion that the Cape May, N.J.-based company lacked commitment to the project.

To the contrary, Fishermen's claims it has demonstrated its commitment by assuming all of the risks associated with the permitting, building, financing, operating and decommissioning of the project. Further, the company claims it has agreed to take on the risk of obtaining federal incentives and has already passed that benefit on to ratepayers in the form of its lower proposed power price.

Fishermen's Energy will soon file an appeal in a New Jersey appellate court.

"The legislature acted in an overwhelming and bipartisan manner to pass this [OWEDA] legislation. The governor signed the law, but his administration has failed to implement it," says Paul Gallagher, Fishermen's Energy's COO and general counsel. "Now, we must turn to the courts to give meaning to the Rule of Law, which we believe will ultimately result in an approval of this project."

A rocky start for state-based models
The Fishermen's case was thought to be a litmus test for the so-called state-based procurement model.

New Jersey's procurement model, envisioned to get the basic financial and economic conditions in place to support the growing offshore wind, is thought to be an alternative for offshore wind developers unable to secure a power purchase agreement (PPA) with a traditional utility. In fact, Maryland has replicated the model.

However, New Jersey's review process was anything but smooth.

During the lengthy review process – Fishermen's CEO Chris Wissemann has said it lasted more than 1,000 days – the regulators raised questions on the Fishermen's application, including its choice of turbine supplier XEMC and the impact to state ratepayers if federal tax credits and DOE grants did not materialize.

In July 2013, Fishermen's thought it had reached a deal with the New Jersey Division of Rate Counsel (DRC), which represents ratepayers in the setting of electricity rates. Although the DRC initially opposed the Fishermen's project, saying it was too costly, the two parties reached a settlement that featured a reduction in the wind farm's projected rates, thus lowering costs and lessening potential impact to ratepayers.

However, the BPU rejected the settlement agreement, fearing that New Jersey ratepayers would be unduly forced to shoulder too much risk if federal incentives were not included.

What's more, by submitting numerous versions of its application – each with a different turbine supplier – Fishermen's Energy seemingly confused the regulator.

Ultimately, the BPU ruled ‘the repeated back-and-forth concerning [a] turbine manufacturer fails to instill confidence in the viability of this project.’

However, others maintain there's good reason for the state's delay. New Jersey stakeholders – including the BPU – are working on measures to close a loophole that would divert ratepayer funds – designed to bankroll the first offshore wind projects – to help balance future budget shortfalls.

Considering that other states, such as Virginia, could look to implement New Jersey's offshore wind model, the BPU felt that it was paramount to properly vet the project.

The problem is in the financing of a project backed by RECs. Working with regulators and utilities, New Jersey has spent years trying to figure out how to structure the OREC program so that offshore wind developments are bankable.

Fishermen's says the BPU's approval would have not only proven that the legislation can work, but also paved the way for a larger, commercial-scale project planned by the developer in federal waters.

‘The BPU was faced with the unenviable task of executing its duty of adequately vetting the project from a due-diligence perspective and balancing its findings against its opportunity to approve an innovative, novel technology for energy generation,’ explains Kim Diamond, counsel at law firm Lowenstein Sandler.

‘Ultimately, the BPU was in a difficult position," she notes. "It needed to determine the strength of the overall package that Fishermen's Energy presented and make the hard decision of whether the package's strength was great enough to win Fishermen's the role of building New Jersey's first-of-its-kind, state-approved offshore wind project.’

Diamond says that if some aspect of the project had failed, the BPU could have been criticized for failure to sufficiently investigate and scrutinize the project. On the other hand, she says, the benefits from approving – and subsequently building – an offshore wind farm in New Jersey would have far outweighed the negatives. For example, she notes, building an offshore wind farm could catalyze an entirely new industry in a state sorely needing one – "a state that once had the vision of being a leader in the offshore wind industry."