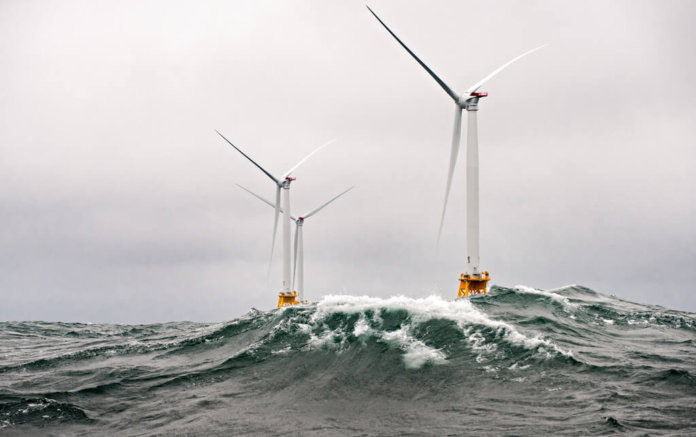 The Northeast Offshore Wind Regional Market Characterization report finds that a low regional deployment trajectory could lead to 4 GW of offshore wind generation by 2030 off the Atlantic coast of the Northeast. A high regional deployment trajectory could lead to nearly 8 GW, which could power almost 4 million homes. The report estimates the scale of potential offshore wind deployment to serve Northeast markets through 2030, given the nature of the wind resource, federal lease opportunities, state policies, regional energy needs, existing electricity generation and planned retirements, and transmission capacity.

The U.S. Job Creation in Offshore Wind report, which quantifies the job impacts of offshore wind development and specifies the types of jobs to be created, says a high market scenario of 8 GW by 2030 would yield a peak of over 16,000 full-time equivalent (FTE) baseline jobs in the U.S. in 2028 (with baseline jobs being ones for which there are no compelling reasons why the work would not be performed by U.S. workers).

According to the report, the jobs most likely to be performed include project development and management, supply and installation of electrical substations and subsea cables, and wind farm operations and maintenance. Additional jobs are also possible; manufacturing jobs are seen as those with the greatest potential. When the additional jobs that have a high or medium probability of being performed in the U.S. are included, the number of U.S. jobs would climb to over 36,000 FTE annually between 2026 and 2028.

A low market scenario of 4 GW would create roughly half as many baseline jobs as the high scenario and a smaller proportion of high or medium probability jobs. The high scenario would also trigger more investment in new factories and vessels in the U.S., the report notes.

For the report, researchers looked at 17 sub-elements of the offshore wind supply chain – e.g., blades, towers, cables and foundations – and determined how many jobs would be required to develop, install and maintain the pipeline of projects in the high and low scenarios. They also identified 109 different occupations and found that there will be a significant need for technician-level workers.

“Offshore wind is gaining momentum as a significant new source of renewable energy in markets across the Northeast, and these reports demonstrate that this regional resource will create thousands of new American energy jobs in the process,” comments Alicia Barton, president and CEO of NYSERDA. “New York is proud to partner with other states in the Northeast to help advance offshore wind to market in a responsible and cost-effective way.”

States plan to use the three reports’ findings to identify opportunities for cooperative actions that can contribute to the responsible deployment of offshore wind at a scale necessary to reduce costs and establish a regional supply chain.

The Roadmap Project is funded in part by a $592,683 grant to NYSERDA from the U.S. Department of Energy’s federally administered State Energy Program. The low trajectory in the market characterization mirrors existing state policies for offshore wind, including the 2016 Act to Promote Energy Diversity in Massachusetts, New York’s Clean Energy Standard and authorizing legislation in Rhode Island. Developing 8 GW would likely require states in the Northeast to commit to additional procurements.

Though the analyses in the reports assumed that a cost premium would be paid in the early years for U.S. offshore wind, the results in the market characterization and jobs reports should be considered in the context of rapidly falling prices for offshore wind in Europe. This price trend reflects the well-established infrastructure and supply chain in Europe, as well as the movement to larger wind turbines. States are exploring ways to capitalize on this trend for Northeast offshore wind.

The Regional Market Characterization was produced by a research team led by Sustainable Energy Advantage LLC and included AWS Truepower, Daymark Energy Advisors and Meister Consultants Group. The jobs study was carried out by BVG Associates, and GustoMSC researched and wrote the vessel study.

An advisory committee representing a range of energy, economic and environmental stakeholders reviewed and provided feedback on drafts of the reports, which are available for download here.