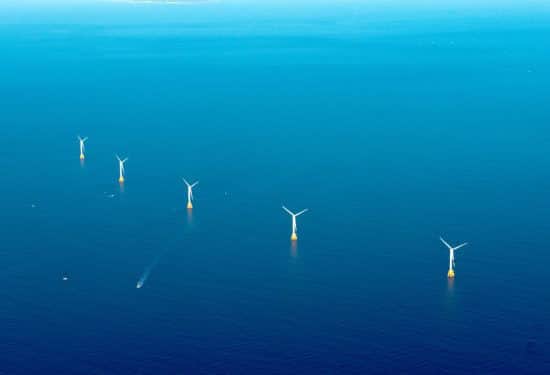 After winter storm Stella barreled through Rhode Island and the rest of the Northeast earlier this week, Deepwater Wind is reporting an “impressive performance” from the Block Island Wind Farm.

All five turbines at the offshore wind farm, situated three miles off the coast of Block Island, were operating at full capacity (30 MW) during much of the powerful storm on Tuesday, according to Deepwater Wind’s performance data.

Further, the developer says, the offshore wind farm produced clean power throughout the bulk of the storm, except for a window of several hours when sustained wind speeds exceeded 55 mph; that’s the designated high-wind limit, when the wind farm is designed to automatically power down and feather its blades until winds calm, Deepwater notes.

During that automatic shutdown, the wind farm successfully weathered winds that topped out at approximately 70 mph, and once wind speeds decreased below the 55 mph threshold, the wind farm powered back up and resumed normal operations.

“In the offshore wind industry, we love strong storms,” says Jeffrey Grybowski, CEO of Deepwater Wind. “They give us a chance to really put the wind farm through its paces and operate at full-throttle. The Block Island Wind Farm handled the season’s worst conditions superbly.”

Notably, a wind turbine owned by the state in Narragansett did, however, succumb to the winds during the storm on Tuesday.