According to a post on the Narragansett Emergency Management Agency’s Twitter page, the turbine fell in Point Judith during some pretty intense winds:

The snow might have stopped for the moment but the winds are very dangerous! They took down this wind turbine in Point Judith. #RIwx pic.twitter.com/82S4VqU6Bv

Citing Gov. Gina Raimondo, an Associated Press report notes that nobody was hurt in the incident, and the state, which owns the turbine through the Department of Environmental Management, will work to repair it once the snowstorm subsides.

The National Weather Service, which issued a high-wind warning today, estimated 20-30 mph winds with gusts up to 45-65 mph for the area. 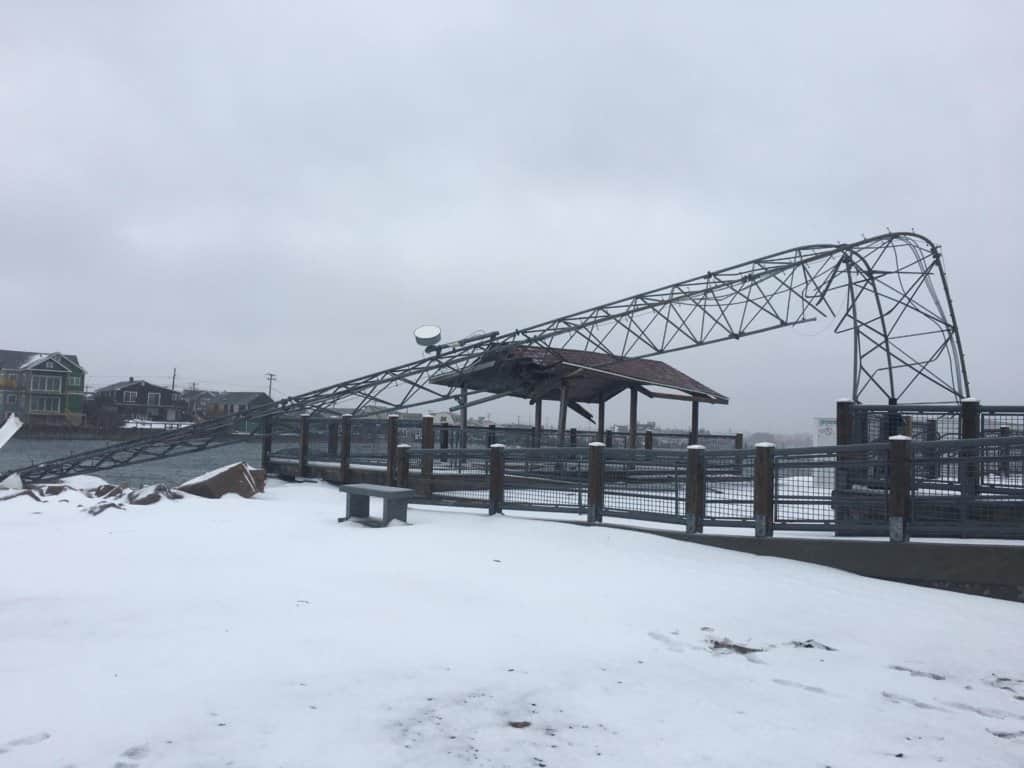