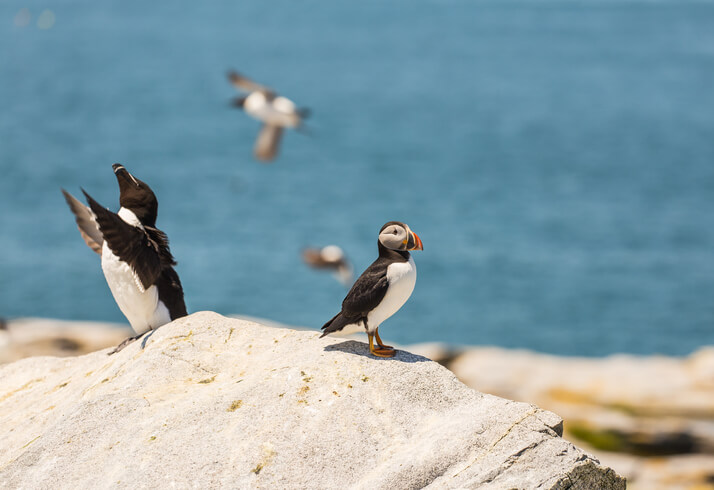 Despite the president’s decision to withdraw the U.S. from the Paris Agreement, town councilors in New Hampshire are trying to take action on climate change at the local level by pushing for an offshore wind task force.

According to a local report from fosters.com, the Town of Durham wants Gov. Chris Sununu, R-N.H., to urge the U.S. Bureau of Ocean Energy Management to create a task force devoted to offshore wind development specifically on the Gulf of Maine. A measure calling for this action was passed 7-1 during a town meeting yesterday.

The meeting agenda states that the resolution “endors[es] the formation of a multi-state task force to explore the potential for offshore wind development along the Maine and New Hampshire coastline.”

The report notes that the resolution has garnered the support of a 350.org affiliate, the Seacoast Anti-Pollution League and three local energy commissions.

“In spite of the change we’ve seen at the federal level, there is a lot we can do at the state and federal level [on climate change], and this is one concrete action we can do,” Doug Bogen from the Seacoast Anti-Pollution League said at yesterday’s meeting.

Recently, a legislative committee in Maine voted unanimously to deny a bill aimed at forcing the University of Maine to move a pair of demo floating wind turbines farther from the coast of Monhegan Island. The bill, introduced by Sen. Dana Dow, R-Waldoboro, in February, had sought to bar wind turbines within 10 miles of the island.