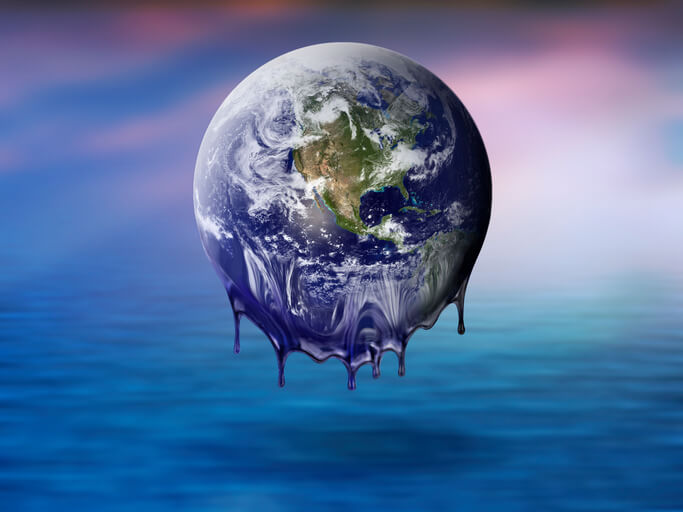 President Donald Trump has announced he is withdrawing the U.S. from the Paris Agreement, a global accord meant to combat climate change.

During a press conference Thursday, Trump said, “We’re getting out. But we will start to negotiate, and we will see if we can make a deal that’s fair. And if we can, that’s great. And if we can’t, that’s fine.”

At the U.N. COP21 event in Paris in 2015, leaders from nearly all of the world’s countries signed up to adopt the agreement. The accord set a goal of limiting a global warming increase to “well below” 2 degrees C, and it called on countries to devise national climate plans to reduce emissions.

The Obama administration declared the deal “the most ambitious climate change agreement in history,” and the U.S. and China, two of the world’s largest polluters, ratified the agreement last December. For its part, the U.S. committed to reduce its emissions by 26% to 28% below 2005 levels by 2025, as well as contribute funding to an international effort to help poor countries tackle climate change.

On Thursday, Trump claimed the Paris Agreement placed “onerous energy restrictions” and a “draconian financial and economic burden” on the U.S. “I was elected to represent the citizens of Pittsburgh, not Paris,” he said.

The president’s decision to pull out of the accord means the U.S. will join Syria and Nicaragua as the only three countries in the world not committed to the Paris Agreement. Notably, though, Syria has been torn apart by civil war, and Nicaragua has actually argued that the agreement doesn’t go far enough to combat climate change.

Trump’s announcement comes as no surprise, given that he vowed to “cancel” the Paris Agreement during his election campaign and, just last week, didn’t join other world leaders in reiterating their commitments to the accord. However, environmentalists; energy stakeholders; U.S. and foreign officials; major corporations, including Apple, Google and Walmart; and even oil giants, such as BP and Shell, had urged Trump to stay in the agreement.

Following the president’s announcement, the Sierra Club and other environmental advocacy groups have expressed outrage. In a statement, Sierra Club Executive Director Michael Brune calls Trump’s decision “one of the most ignorant and dangerous actions ever taken by any president.”

“Trump’s decision to ignore the vast majority of the American public and the scientific community will harm our country, costing us lives, jobs and our role as a world leader. Trump has isolated our country on the world stage, ceding our leadership position and our economic advantage on clean energy to India and China, and justifying it all by chanting a slogan from a baseball hat,” says Brune, apparently referring to Trump’s “make America great again” slogan.

In addition, Elon Musk, billionaire entrepreneur and CEO of electric vehicle and clean energy company Tesla, has announced he will no longer be a member of Trump’s presidential advisory councils. “Climate change is real. Leaving Paris is not good for America or the world,” Musk wrote on Twitter. Similarly, Robert Iger, chairman and CEO of The Walt Disney Co., announced on Twitter he also will resign as a presidential advisor over Trump’s decision.

Nonetheless, Trump has also garnered some support from conservative groups and elected officials.

For example, U.S. Senate Majority Leader Mitch McConnell, R-Ky., says in a statement, “I applaud President Trump and his administration for dealing yet another significant blow to the Obama administration’s assault on domestic energy production and jobs.” McConnell adds, “By withdrawing from this unattainable mandate, President Trump has reiterated his commitment to protecting middle-class families across the country and workers throughout coal country from higher energy prices and potential job loss.”

As the senator’s comments point out, the Trump administration has been working to roll back a number of Obama-era climate change policies, most notably the Clean Power Plan. However, although such federal policies and the U.S. participation in the Paris Agreement certainly boded well for the growth of renewables, clean energy groups suggest the country’s progress will continue regardless of Trump’s actions.

Julia Hamm, president and CEO of the Smart Electric Power Alliance, says, “Reasonable people can disagree about the impact of the Paris climate agreement, but regardless, the transformation of the electric power sector is well under way. Utilities across the United States are seeing changes in customer behavior and technological solutions that are driving innovation and adoption of distributed and clean energy resources.”

Dan Whitten, vice president of communications at the Solar Energy Industries Association, says, “We supported the Paris Agreement when it was signed and still believe the U.S. should be engaged. However, we expect America’s solar industry to continue to create jobs, boost the economy and reduce greenhouse-gas emissions whether we are a part of the accord or not.”

“We’re growing and hiring nine times faster than the average industry by providing affordable, reliable and clean electricity. Wind has created over 100,000 American jobs, and we now make parts for turbines in 500 factories across 41 states,” says Kiernan. “Wind already saves American companies and consumers billions a year on their energy bills. Current policies will keep wind power growing rapidly through 2020, and we see many positive trends that will continue to drive demand.”

Gregory Wetstone, president and CEO of the American Council On Renewable Energy, says, “We are disappointed that the administration chose to withdraw from the Paris accord, placing at risk not just our climate, but also the role of American companies in leading the way to a global renewable energy boom that presents a multi-trillion-dollar business opportunity.”

Wetstone adds, “Despite the Paris exit, we are confident America’s thriving renewable energy sector will continue to play a leading role in reducing U.S. carbon emissions now and into the future.”

Indeed, state, local and utility policies have long played a major role in the development of U.S. renewables, and following Trump’s decision, elected officials from around the country have reiterated their support for cleaner energy. For example, California Gov. Edmund G. Brown Jr., New York Gov. Andrew Cuomo, and Washington State Gov. Jay Inslee have just announced the formation of the U.S. Climate Alliance. According to the governors, the new coalition will “convene U.S. states committed to upholding the Paris Climate Agreement and taking aggressive action on climate change.”