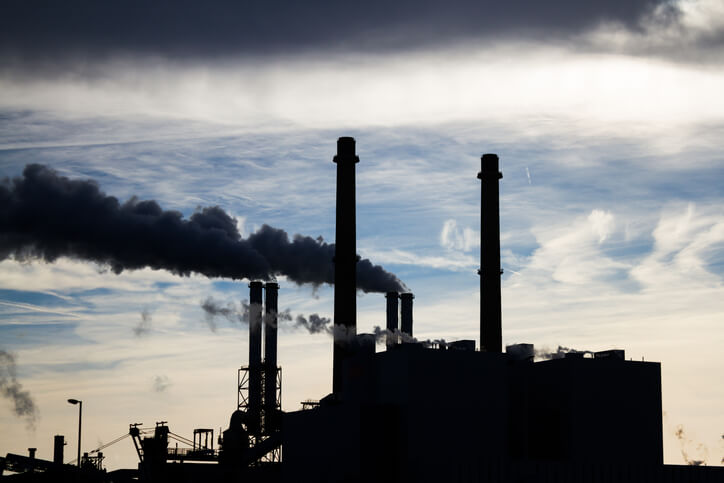 On Friday, a federal court approved the Trump administration’s request to suspend the litigation over the Clean Power Plan (CPP).

The decision comes after President Donald Trump signed a number of executive orders aimed at rolling back Obama-era environmental and climate change policies, including the CPP. In March, Trump signed an order that set the stage for the CPP’s dismantlement by directing the EPA to review the plan. Scott Pruitt, the new administrator of the EPA, helped launch a multi-state lawsuit against the CPP in his previous role as Oklahoma’s attorney general, and he is in charge of the federal agency’s review.

As the Obama administration’s landmark climate change initiative, the CPP represents the first-ever regulations to cut carbon pollution from U.S. existing power plants and calls for cutting carbon emissions from the country’s power sector 32% below 2005 levels by 2030. Last year, the U.S. Supreme Court issued a stay of the CPP until the lawsuit is sorted out in federal appeals court, and in September, the U.S. Court of Appeals for the District of Columbia Circuit heard oral arguments from both sides.

Following the Trump administration’s recent request, however, the D.C. Circuit has now issued a 60-day suspension on any decision regarding the case while the court and the parties involved determine the next steps.

West Virginia Attorney General Patrick Morrisey, who helped lead the lawsuit against the CPP, calls the court’s decision “a positive step toward protecting West Virginia coal miners and those who depend upon their success.”

“We appreciate the Trump administration’s willingness to review the devastating impact of the so-called Clean Power Plan and further appreciate the court giving due time to hear the new administration’s take on this unlawful regulation,” says Morrisey in a statement. “I’m proud to lead our broad, bipartisan coalition and look forward to taking part as the court considers its next step.”

New York Attorney General Eric T. Schneiderman, who has led a coalition of states and localities in defense of the CPP, says in a statement that the court’s “temporary pause in the litigation does not relieve EPA of its legal obligation to limit carbon pollution from its largest source: fossil-fueled power plants.”

“And as I’ve said, if President Trump wants to repeal the Clean Power Plan, he has to replace it – period,” he adds. “I will continue to fight in court to ensure EPA fulfills its legal responsibility to New Yorkers’ public health and environment.”

Although the D.C. Circuit decision is considered a win for the Trump administration, the ultimate fate of the CPP remains uncertain. As the administration continues working toward rescinding the climate change initiative, environmental groups are still optimistic and determined.

According to the Sierra Club, one of several groups litigating on behalf of the CPP, the D.C. Circuit decision asks for additional briefings on the question of whether the court should remand the case to the EPA or hold onto it.

“The court seems to understand that Scott Pruitt can’t have it both ways, attempting to put a hold on this case and throw the Clean Power Plan into a black hole all while not fulfilling the EPA’s court-required duty to tackle the climate crisis. Now, the court is asking for further briefings on just that debate,” says Sierra Club Chief Climate Counsel Joanne Spalding in a statement.

“The fact is that the Clean Power Plan remains on strong legal footing, with readily achievable emissions-reduction targets toward which our nation is already making major strides to save lives and protect the health of the public,” adds Spalding. “This progress can’t be turned around as clean energy is growing cheaper and more accessible.”

In a separate statement, David Doniger, director of the Climate and Clean Air Program at the Natural Resources Defense Council, says, “This decision is disappointing but still leaves key issues about the future of the Clean Power Plan to be resolved. We will continue to fight in the D.C. Circuit and in the court of public opinion to ensure that the government fulfills its legal obligation to protect the public from climate change.”

The truth matters. I object to the small caption of a power plant belching black smoke. I am a wind farm developer and know the coal industry is doing a great job of cleaning up its act – a picture quite different than you are promoting in this story. Economics is now the biggest factor in maintaining coal plants – a base generation needed economically. The goal of wind and all generation is to have an economical mix for the benefit of its customers.