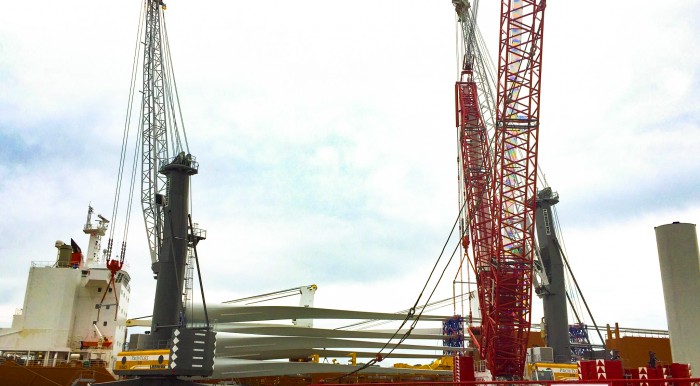 The sea2shore cable was installed between Scarborough State Beach in Narragansett, R.I., and Crescent Beach on Block Island. The cable will ultimately be connected to a new National Grid substation being constructed on the island and to an existing substation in Wakefield on the mainland. The turbine blades for the 30 MW offshore project arrived earlier this week.

The same cable will also interconnect privately owned Block Island Power Co. to the mainland. Until now, the island’s electric power needs were met through diesel-powered generation. Once the system is energized, National Grid will purchase the output from the offshore project through an agreement approved by the Rhode Island Public Utilities Commission and feed the power into the regional transmission system.

BIPCo will purchase its power through the energy markets; a portion of that power will include output from the wind farm.

The undersea cable, weighing nearly 5 million pounds in total, was manufactured in South Korea by LS Cable, which also oversaw the installation.

Cable splicing and overhead line and substation construction will continue over the summer months. Substation testing and commissioning is scheduled to begin after Labor Day.