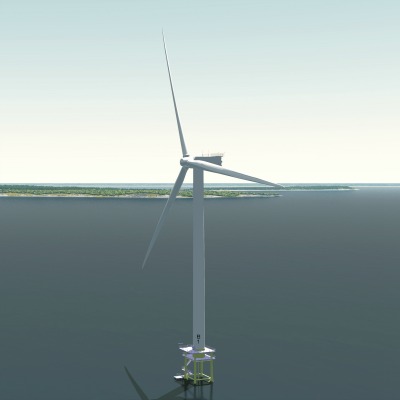 In its latest project update, Deepwater Wind says that offshore construction activities are beginning to ramp up for the Block Island Wind Farm, noting that the 240-foot-long turbine blades arrived at Deepwater Wind and GE’s assembly facility in ProvPort this week.

Specifically, the company notes that local stevedores began offloading the 15 blades at the ProvPort facility this morning in preparation to be transported – along with the tower sections already assembled there – to the Block Island Wind Farm site in the beginning of August.

Deepwater adds that GE is supplying the 6 MW Haliade 150 offshore wind turbines for the Block Island Wind Farm and that the blades were built in Denmark by GE’s subcontractor LM Wind Power.