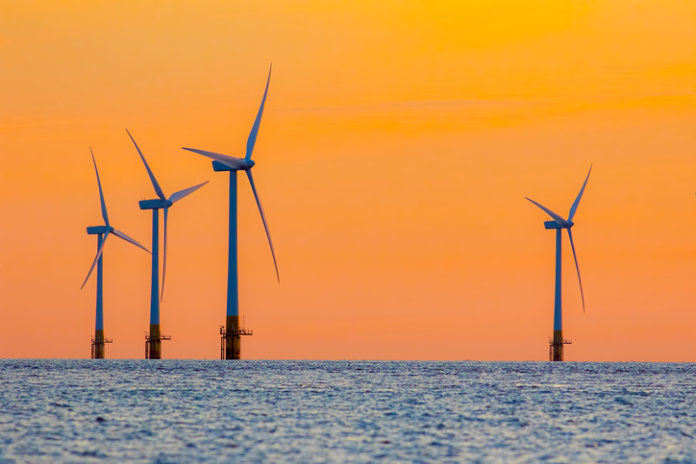 In August, the Bureau of Ocean Energy Management (BOEM), the branch of the Department of the Interior tasked with managing energy development on the outer continental shelf, changed its course on the permitting schedule for the Vineyard Wind project. What had been a smooth, thorough and predictable process came to an abrupt halt when BOEM “determined that a greater build-out of offshore wind capacity is more reasonably foreseeable than was analyzed in the initial draft EIS [environmental impact statement]” and, therefore, “decided to supplement the draft EIS and solicit comments on its revised cumulative impacts analysis.” Rampant speculation followed, and the future process for approval of offshore wind projects seems unclear. So, what changed?

While it’s true that the acceleration of offshore wind development has been swift, it was hardly unforeseeable to anyone following the industry. The draft EIS for Vineyard Wind is publicly available, and on page 368 (p. C-8), there is a chart of leases that BOEM has auctioned off with an assessment of the development stage of each, so the backtracking seems unfounded.

Granted, some things have changed since this chart was put together several months ago. For instance, Equinor’s Empire Wind was awarded a power purchase agreement (PPA) from New York, and Ørsted’s Ocean Wind won the New Jersey solicitation for 1.1 GW, but, again, nothing unforeseeable. Both projects were listed at Tier 4 in the EIS chart, meaning they have active leases adjacent to states that have made commitments for offshore wind. With PPAs awarded from New York, they would move up one rung to Tier 3. However, in its explanation of the different tiers, BOEM states that only Tier 1 and Tier 2 are considered reasonably foreseeable. Curiously, Ørsted’s Sunrise Wind project, the other winning bid in the New York solicitation, seems to have been left off the chart (lease number OCS-A 0487). The lease was awarded to Deepwater Wind in 2013 – one of BOEM’s earliest leases, granted prior to Ørsted’s acquisition of Deepwater Wind.

The Vineyard Wind draft EIS was prepared just prior to the blockbuster lease auction of December 2018 that netted over $400 million for three parcels. The dollar figures surprised many, but those parcels are listed in the cumulative impact chart in the draft EIS, albeit without yet knowing the winners of the auction. But the parcels were known to BOEM at the time. Does BOEM not see the strong correlation between leases granted and projects developed?

BOEM’s statement about foreseeability seems like a deflection. It appears the delay has little to do with the status of the projects and more to do with a change in how BOEM is choosing to define the concept of reasonable foreseeability.

It’s unlikely we’ll get a clear answer, let alone a clear timeline. A joint letter signed by the members of the Senate and House delegations of Massachusetts and Louisiana didn’t hasten review. A more recent letter from five state governors, including Massachusetts Gov. Charlie Baker, also failed to dislodge whatever is stuck in BOEM’s gears. To date, BOEM still hasn’t given any hint as to when the permit might be issued.

Unfortunately, there is a downstream impact with project delays pushing up against supplier schedules. Sif, the company set to fabricate the foundations for the Vineyard Wind project, announced that a prolonged delay will have a financial impact on the company.

In the meantime, projects press on. Massachusetts has just selected the bid for its second 800 MW solicitation, for which Ørsted, Vineyard Wind and Mayflower Wind all submitted bids. All three companies also submitted bids for the more recent Connecticut solicitation. We will be following these developments, cumulative impacts and all.

Tyler N. Ballew is an associate at law firm Sherin and Lodgen LLP. He concentrates his practice in the renewable energy, technology and life sciences industries. He can be reached at tnballew@sherin.com.