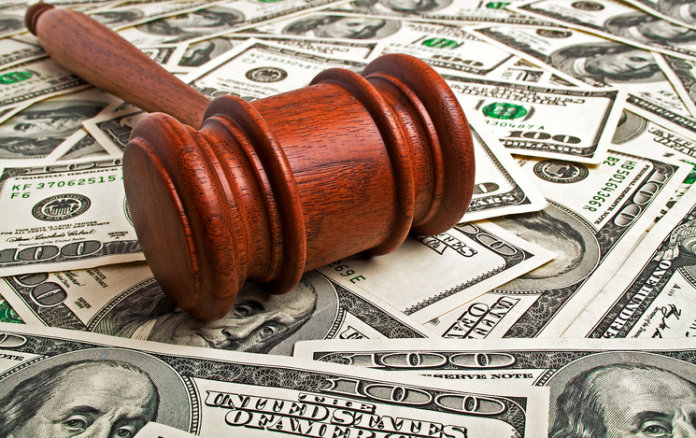 The three lease areas are located 19.8 nautical miles from Martha’s Vineyard, Mass., 16.7 nautical miles from Nantucket, Mass., and 44.5 nautical miles from Block Island, R.I. If fully developed, the areas being offered could support approximately 4.1 GW of offshore wind, which would be enough electricity to power nearly 1.5 million homes, according to BOEM’s estimates.

Two years ago, a BOEM auction for the rights to develop a wind farm in federal waters off Long Island, N.Y., shattered records with a final bid of more than $42 million from Statoil (which is now Equinor). In addition to New York, the other previous BOEM offshore wind auctions took place in New Jersey ($1.9 million) and North Carolina ($9 million). Now, of course, this latest auction represents a massive new record.

Burdock notes that the success of the Massachusetts auctions should encourage BOEM to expedite the next series of auctions on both coasts and to expand offshore wind activities to the Gulf and U.S. territories in the Caribbean.

Going forward, each lease will have a preliminary term of one year, during which the lessee will submit a Site Assessment Plan (SAP) to BOEM for approval. The SAP describes the activities (e.g., the installation of meteorological towers and buoys) a lessee plans to perform for the assessment of the wind resources and ocean conditions of the lease area. If a SAP is approved, the lessee will then have up to five years during which to submit a Construction and Operations Plan to BOEM for approval.

BOEM’s next set of auctions is expected to include four Wind Energy Areas in the New York Bight area. This auction is scheduled for early 2020.

“The fierce competition in today’s auction makes clear that the booming global offshore wind power industry sees a prosperous future in U.S. waters – one that will replace retiring power plants with affordable, reliable energy and create tens of thousands of domestic jobs in the process,” says Collin O’Mara, president and CEO of the National Wildlife Federation. “The National Wildlife Federation applauds the Bureau of Ocean Energy Management for a successful auction and congratulates Equinor Wind, Mayflower Wind Energy and Vineyard Wind for securing these new leases. Looking forward, we will continue to work with all leaseholders to ensure that coastal and marine wildlife are protected throughout every stage of the offshore wind development process.”

Nancy Sopko, director of offshore wind for the American Wind Energy Association, points out that the “biggest winners” from today’s auction are the “American workers who will help build and operate these wind farms and the consumers who will soon have access to a new large-scale source of clean, reliable electricity.”