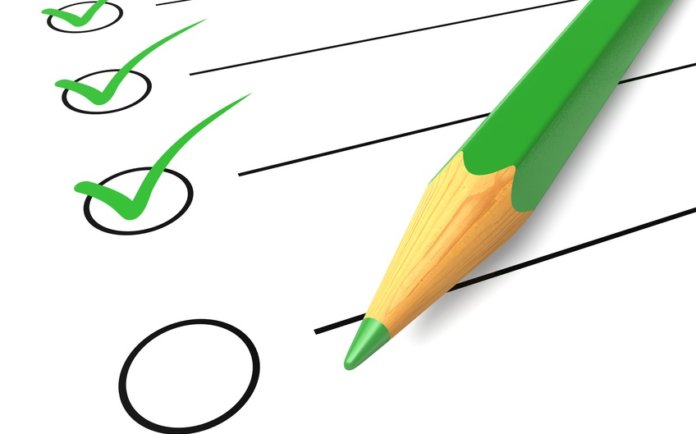 Vineyard Wind LLC, a 50/50 joint venture between Avangrid Renewables and Copenhagen Infrastructure Partners, is developing an 800 MW offshore wind farm off the coast of Martha’s Vineyard, Mass. It was selected in 2018 as the winning bid under Massachusetts’ 83C offshore wind solicitation.

The FEIS is a mandatory document that sets forth the impact of a proposed project on its surrounding environment and informs the work and decisions of policymakers and stakeholders, the company explains. In December, BOEM published a draft EIS for the project, followed by a public comment period and public hearings (which were delayed due to the government shutdown).

In public statements, BOEM has indicated the supplemental process is needed to examine the effects from offshore wind projects that are expected to follow Vineyard Wind, says the developer, whose shareholders have affirmed a commitment to still deliver the wind farm – albeit with a delayed project schedule.

“We are very proud of the Vineyard Wind team’s achievements so far, and we are disappointed not to deliver the project on the timeline we had anticipated,” states Lars Pedersen, CEO of Vineyard Wind. “We were less than four months away from launching a new industry in the United States, so we thank the more than 50 U.S. companies already awarded a contract or currently bidding on contracts; the financial institutions engaged in raising more than $2 billion in capital; and the first-class, global contractors that have joined us in planning for the first large-scale offshore wind farm in America.”

“We remain committed to delivering that ambitious target,” he continues, “and would like to thank Governor [Charlie] Baker, the Massachusetts legislature and our bipartisan backers in Congress led by the Bay State delegation for their collective support and courage in driving this industry forward.”

“We appreciate all the support and hard work from our community partners, from the Vineyard to Barnstable, to New Bedford, to the labor unions and environmental groups,” adds Erich Stephens, Vineyard Wind’s chief development officer. “We want to assure each of them that we remain committed to moving this project forward as quickly as circumstances allow and realizing the many benefits that were so close at hand before federal regulators announced their decision.”

Publication of the FEIS was one of the final steps for Vineyard Wind in the federal permitting process, representing an important milestone to cap a comprehensive public and regulatory review process that began in 2017 and had since been targeted for completion by Aug. 16, the developer says.

The review process has encompassed evaluation by more than 25 federal, state, and local regulatory agencies and commissions. Vineyard Wind has not yet received any documentation as to the requirements for the expanded analysis that BOEM indicated in a public statement issued on Aug. 9.

Vineyard Wind says it will continue to engage with all relevant stakeholders, including contractors, policymakers and project supporters, to evaluate options for delivering the project at a later time. Permitting of the Vineyard Wind Connector, the cable connection from the project site to the regional grid, will continue as planned in advance of the revised project. Vineyard Wind will also use the delay to further improve the project.

Commenting on the news, Liz Burdock, president and CEO of the Business Network for Offshore Wind, calls the federal agency’s decision “a step in the wrong direction.” She also notes that it “contradicts the Trump administration’s objective of reducing regulatory constraints on business growth.”

“Requiring a project to assess the impacts of all potential future projects, even though those future projects are not yet defined, is extraordinary,” Burdock explains. “This requirement adds cumbersome regulatory hurdles to an already long and arduous process – a process that the industry has thus far responded to with rigor, showing that this form of energy production is safe, protective of the environment, stimulating to the economy, and in keeping with the needs of all commercial interests.”

She adds that the U.S. offshore wind industry is “on the cusp of providing high-paying jobs to more than 10,000 American workers in the Gulf Coast and Atlantic Coast regions,” but BOEM’s decision now “interjects a pause in the process.”

“Actions such as this are concerning at a time when significant additional investment related to the offshore wind industry is ready to enter the American economy,” Burdock adds. “If the delays continue beyond the DOI-stated time frame, there is potential to reduce U.S. investment by raising the specter of an uncertain regulatory environment. Industry may then shift its investments toward markets such as Asia, leaving the U.S. behind.”

Tim Charters, vice president for government and political affairs at the National Ocean Industries Association (NOIA), calls the delay “disappointing to many who are eagerly awaiting the opportunity to join the offshore wind industry boom coming to the U.S. Atlantic seaboard.”

“We understand that the permitting of significant energy projects is challenging,” Charters says. “To make any project carry the cumulative impact of other projects that may or may not ever come to be is a burden that makes permitting much more difficult. We encourage all the federal agencies to view this project on its individual merits, benefits and environmental impacts when reaching permitting decisions. We expect that DOI will continue to work diligently to complete their environmental review of this crucial project. NOIA continues to believe that Vineyard is a win-win for the American people, the offshore energy industry and the environment.”

“Requiring a project to assess the impacts of all potential future projects, even though those future projects are not yet defined, is extraordinary,” Burdock explains. There’s another word that better defines this Fed Gov delay tactic than “extraordinary.” This is so far out there, the investors in Vineyard need to launch an investigation into motives of the people responsible for this decision. “Projects that follow this one!?!” How about making every politician and bureaucrat personally responsible for the decisions of every politician and bureaucrat that follows them. Makes just as much sense. Oh, and we’ll hold their pay until we’re… Read more »

WorldCommenter
Reply to  Dose of truth

BOEM is indicating the impacts of already awarded projects by Massachusetts, Connecticut, Rhode Island, New Jersey and New York. If you add the areas already identified by BOEM for future development, you can also estimate what the impacts could be from those developments. This is no different than FERC asking natural gas pipeline developers to estimate the future emissions from the natural gas that will flow through the pipeline. The pipeline company does not know if the gas supply will be burned in a power plant, converted into ammonia, made into fertilizer or put to some other use, yet a… Read more »