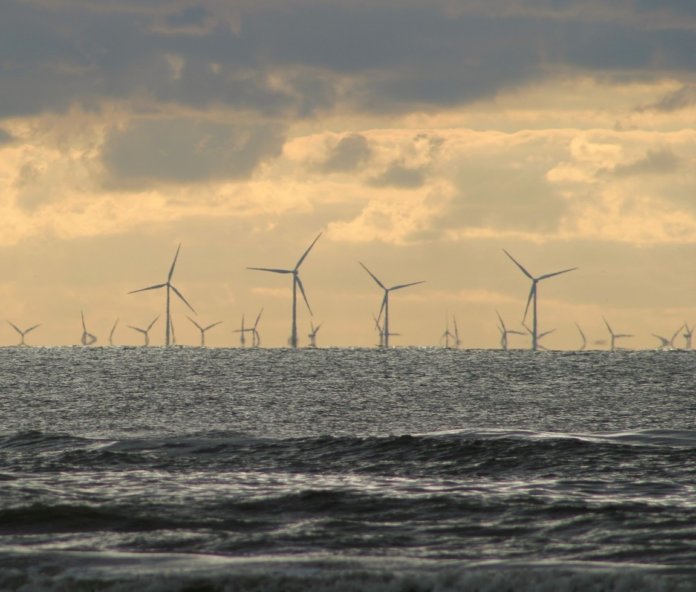 The Commonwealth of Massachusetts has selected Mayflower Wind Energy LLC – a joint venture of Shell New Energies US LLC and EDPR Offshore North America LLC – as the the winning bid for its second offshore wind energy solicitation.

Through its project, Mayflower Wind will supply 804 MW of clean energy to electricity customers within the state – enough to power approximately half a million homes. This selection is the next step in the implementation of the commonwealth’s Section 83C offshore wind development procurement process.

Mayflower Wind anticipates an expected start-up date of 2025 for the project, which would be located more than 20 miles south of Nantucket, Mass. The developer also expects the following economic benefits:

Mayflower Wind says it has also proposed the same competitive pricing solution to Connecticut under its current procurement process for offshore wind.

Commenting on Massachusetts’ latest offshore selection, Liz Burdock, president and CEO of the Business Network for Offshore Wind, says, “This is evidence that the U.S. offshore wind industry is becoming a mainstream clean energy source for U.S. coastal states, and the opportunity for the U.S.-based supply chain is only going to grow. It also underscores that states’ energy procurement policies, like those of Massachusetts, are vital for the nation’s transition to a clean energy economy.”

The Massachusetts Department of Energy Resources (DOER) issued its request for proposals on May 23, and bids were due on Aug. 23. The October approval demonstrates that the state is speeding up its solicitation review process, the Business Network for Offshore Wind points out.

According to DOER, Mayflower Wind proposed wind energy at a more competitive price, with greater economic development opportunities for the commonwealth and the South Coast, than any other bidder.

The next steps are for Mayflower Wind and the state to negotiate long-term power contracts by Dec. 13, and for the contracts to be submitted to the Massachusetts Department of Public Utilities for approval on Jan. 10, 2020.

“Major oil and gas companies and utilities understand the future of electricity generation along the U.S. Coast is offshore wind,” Burdock adds. “The selection of Mayflower Wind, a joint project between oil and gas giant Shell New Energies and the Portuguese utility EDP Renewables, truly demonstrates the rush to fuel supply diversification. This team will bring regulatory expertise and utilize a supply chain that will expand across America.”

“While today’s decision is disappointing, we remain fully committed to delivering the first large-scale offshore wind farm in the United States to Massachusetts and will continue to grow our company in the commonwealth,” notes Lars Pedersen, CEO of Vineyard Wind. “Congratulations to Mayflower Wind on their winning bid; we look forward to working with them and other developers to engage with stakeholders across the region. We commend the Baker-Polito administration and the Massachusetts legislature for their continued commitment to renewable energy and plans to pursue another 1,600 MW of offshore wind for Massachusetts in the coming years.”

By selecting Mayflower Wind, the state has reached its initial procurement target of approximately 1.6 GW from the Energy Diversity Act of 2016. The combined energy output of the selected Vineyard Wind and Mayflower Wind projects under Section 83C represents approximately 12% of total Massachusetts annual energy demand, according to DOER.

“With today’s announcement of additional, cost-effective offshore wind energy, the commonwealth continues to be a national leader in this industry,” says Gov. Charlie Baker, R-Mass. “Offshore wind is an important component of our administration’s efforts to reduce greenhouse-gas emissions and provide affordable energy options, and we look forward to continuing to develop the commonwealth’s emerging offshore wind industry in a sustainable manner that benefits all residents.”