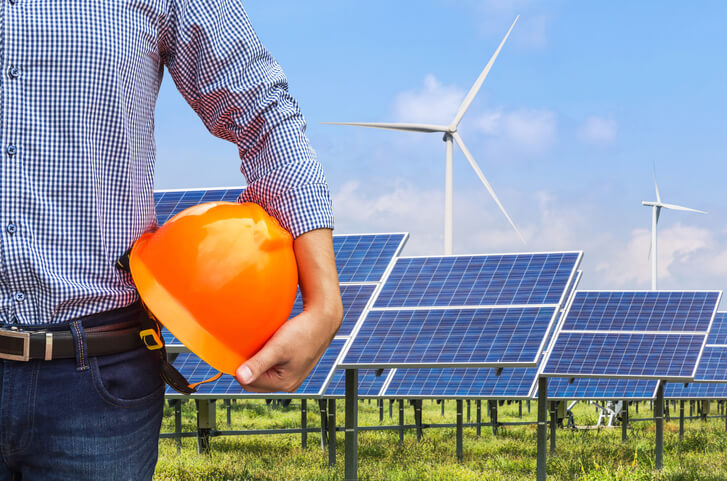 A new study from the Center for Labor Research and Education at UC Berkeley is highlighting disadvantaged and underrepresented workers’ prevalence in entry-level, “career-track” jobs in the construction of renewable energy projects in California.

According to UC Berkeley, the impact of California’s climate policies on jobs and equity has been an important concern for state decision-makers, including the legislature’s current debates on S.B.100, which sets a goal of 100% clean energy by 2045. The study, “Diversity in California’s Clean Energy Workforce,” addresses with quantitative data the question of who is getting into jobs and apprentice training programs in the construction of renewables.

The report examines data for the ethnic, racial and gender composition of enrollment in state-certified apprenticeship programs for the electrician, ironworker and operating engineer unions, which have worked on the majority of renewable energy plants built in California from 2002-2017. The report authors also looked at wage and residence data on the electrical workers employed on 27 solar power plants in Kern County from 2012-2017 to determine how many were living in disadvantaged communities as designated by the California Environmental Protection Agency – those most burdened by pollution and most vulnerable to its effects, based on socioeconomic factors and health indicators.

Carol Zabin, co-author of the report and director of the Green Economy Program, says, “The data we have examined shows that joint union-employer apprenticeship programs have helped people of color get training and career-track jobs building California’s clean energy infrastructure. Construction jobs in utility-scale renewables are good jobs, so these programs provide workers a path to the middle class.”

Key findings in the report include as follows:

According to the report, California’s progress toward inclusion in good, career-track clean energy jobs has occurred because most large-scale renewable energy plants have been built under project labor agreements. These agreements require union wage and benefit standards and provide free training through apprenticeship programs, creating a pathway upward for workers.

UC Berkeley adds that the significant diversity in renewable construction jobs is a result of recruitment efforts by unions and the location of many renewable power plants in Kern County and other areas in southern and central California where there are high concentrations of disadvantaged communities. Further inclusion can be supported by specific programs such as publicly funded pre-apprenticeship programs and local or targeted hire agreements.

“The renewables portfolio standard in California has played a crucial role in driving this growth, and future progress is likely if the legislature approves S.B.100,” concludes Zabin.