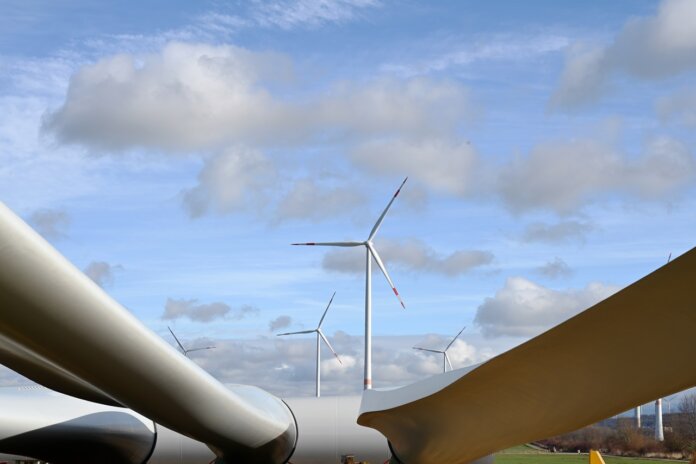 RWE has begun an innovative repowering project for a wind turbine in Emsland, Germany, that sets an example in the field of sustainability. The 1.8 MW turbine, which has been in operation at the Lengerich wind farm since 2003, is being replaced by a modern 5.7 MW turbine. This will enable the significantly more powerful wind turbine to supply around 4,000 households with climate-neutral electricity in the future. So far, the existing turbine is producing enough green electricity to meet the needs of 1,000 households.

But the new plant will have a positive impact on the environment for another reason. For the first time, RWE will use a prefabricated foundation for the construction of the new plant. The foundation developed by Smart & Green Anker Foundations consists of 100% precast elements produced in the concrete plant.

Only a third of the amount of steel and concrete normally used for poured standard foundations is used. Since all parts can be produced in advance in a concrete plant, the construction time is also reduced considerably, as construction can take place in almost any weather. Assembly is also less complicated, less expensive and more environmentally friendly: instead of using 120 concrete mixers, the parts are delivered by around 30 lorry trips and then bolted together on site. They can be easily dismantled again in case of later deconstruction.

“In spring 2023, we will replace an existing wind turbine at the Lengerich wind farm with a new, more powerful one,” says Katja Wünschel, CEO of onshore wind, and solar for Europe and Australia at RWE Renewables. “As well as supplying four times more households with green electricity, this brand new turbine will allow us to test the erection of a wind turbine on a prefabricated foundation for the first time. This saves time and also reduces the CO2 footprint of our wind turbine once again.”

The certification process for the innovative foundation is currently underway. This will be used to apply for a modification permit for the wind turbine that has already been approved. The dismantling of the old wind turbine is planned for spring of next year. The construction of the new turbine, which is scheduled to start operation in the fourth quarter of 2023, will also begin then. The hub height is 118 meters and the foundation will weigh around 800 tons.