Home Recent New & Noteworthy The Race Is On: Will U.S. Renewables Leave Nuclear In The Dust? 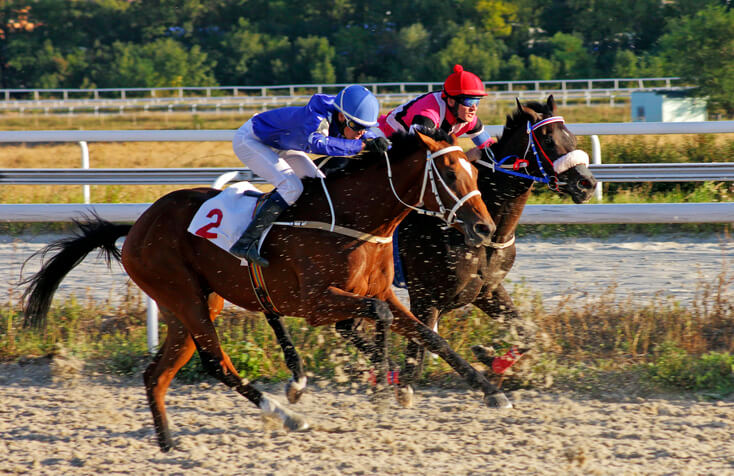 With each providing roughly 20% of the nation’s power, renewable energy sources are in a statistical dead heat with nuclear power, nonprofit research group the SUN DAY Campaign has announced.

During the six-month period from January through June, renewables surpassed nuclear in three of those months (March, April and May), while nuclear took the lead in the other three, says SUN DAY.

In total, according to EIA’s data for the six months, utility-scale renewables plus small-scale solar PV provided 20.05% of U.S. net electrical generation, compared to 20.07% for nuclear. However, renewables may actually hold a small lead, says SUN DAY: Though EIA estimates the contribution from distributed PV solar, it does not include electrical generation by distributed wind, micro-hydro or small-scale biomass, the group points out.

In a news release issued earlier this summer, EIA acknowledged the neck-in-neck status of nuclear power; however, the agency simultaneously stressed its view that “nuclear will generate more electricity than renewables for all of 2017.”

However, that might not be the case, according to the SUN DAY Campaign.

While renewables and nuclear are each likely to continue to provide roughly one-fifth of the nation’s electricity generation in the near term, EIA’s trend line clearly favors a rapidly expanding market share by renewables compared to a stagnating, if not declining, one for nuclear power, the nonprofit says.

In fact, almost all renewable energy sources are experiencing strong growth rates, SUN DAY points out. Comparing the first six months of 2017 with the same period in 2016, utility-scale plus small-scale solar grew by 45.1%, hydropower by 16.1%, wind by 15.6% and geothermal by 3.2%. Biomass (including wood and wood-derived fuels) remained essentially unchanged, slipping by 0.8%. Importantly, electrical generation by solar alone is now greater than that provided individually by biomass, geothermal and oil (e.g., petroleum liquids plus petroleum coke), according to the group.

On the capacity front, renewables long ago eclipsed nuclear power, says SUN DAY. For the first half of 2017, the Federal Energy Regulatory Commission recently reported that renewables’ share of total available installed generating capacity was 19.70%, compared to 8.98% for nuclear (i.e., more than double).

Finally, says the nonprofit, last month’s cancellation of the Summer 2 and 3 reactors in South Carolina and Duke Energy’s subsequent decision to pull the plug on construction of the twin William Lee reactors (also in South Carolina) demonstrate that the growing gap between renewables and nuclear could accelerate even more quickly in the coming years.

In addition, as reactor closures continue, the possible cancellation of the Vogtle 3 and 4 reactors in Georgia would mean no new nuclear would come online for the foreseeable future. In fact, counting possible additional closures and cancellations, retirements could very likely exceed additions, according to the group.

“Everyone loves a horse race,” says Ken Bossong, executive director of the SUN DAY Campaign. “However, the smart money is now on renewables to soon leave nuclear power in the dust.”

“Nuclear power is in irreversible decline in the U.S., due to rising costs and failing economics of new and existing reactors alike,” adds Tim Judson, executive director of the Nuclear Information and Resource Service. “Last month’s cancellation of half the new reactors under construction in the U.S. means that gap is going to be wider than projected – and accelerating.”