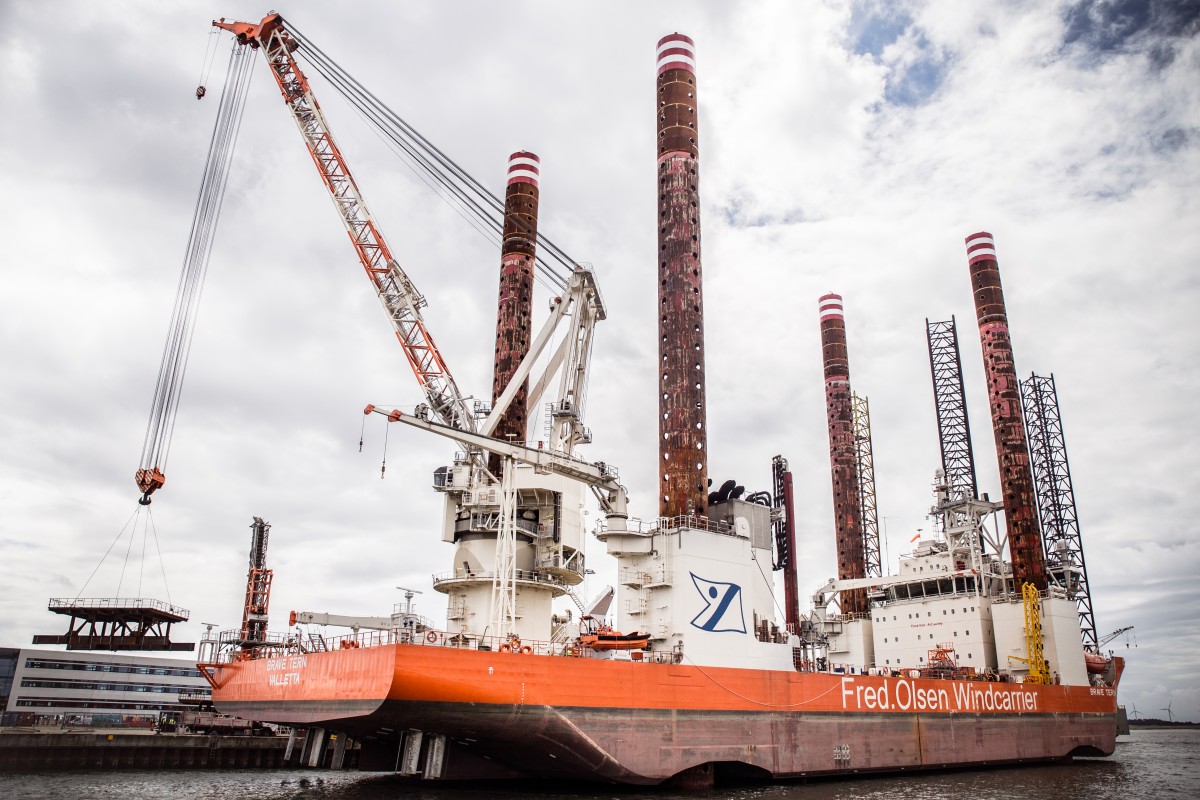 Having been mobilized in Esbjerg, Denmark, the Brave Tern installation vessel for the Block Island wind farm is now headed to GE’s facility in St. Nazaire, France, where it will load up the nacelles for the offshore project.

Mobilization of the Fred. Olsen Windcarrier vessel included welding large steel structures on deck to elevate and support the nacelles for the planned transatlantic voyage. The 5 GE Renewable Energy Haliade 150-6 MW nacelles will be waiting in St. Nazaire to be loaded onto the vessel.

After that, the vessel will travel across the Atlantic to install the turbines at Deepwater Wind’s 30 MW project, located 3 miles southeast of Block Island, R.I. Once completed, the offshore wind farm is expected to generate approximately 90% of Block Island’s electricity demand.

Fred. Olsen-related company Global Wind Service has been awarded a contract for lift supervision and installation of the GE turbines. Brave Tern has also been fitted with the ZephIR LiDAR 300, which has been providing wind resource assessments for the Deepwater Wind project since 2011.