Home Recent New & Noteworthy What Could Xcel’s Texas-New Mexico Wind Expansion Do For The Region? 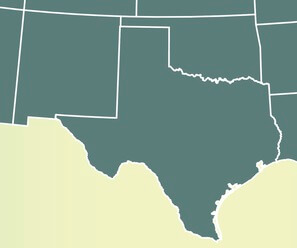 Xcel Energy’s plans to add more wind power in its Texas-New Mexico service area would boost wind to about 40% of the region’s electricity supply by 2021, according to estimates from the Minneapolis-based energy company.

In March, Xcel Energy asked regulators to approve two new company-owned wind farms – one in New Mexico and the other in Texas – that would provide enough energy to power 440,000 typical homes. The company already purchases enough wind energy to account for 20% of the annual energy use in the region, and the new wind farms, along with additional proposed contract purchases, would double that, according to Xcel.

“The new wind projects we are proposing will generate electricity as cheaply as our coal-fueled power plants without using precious groundwater or producing air emissions,” explains David Hudson, president of Xcel Energy for New Mexico and Texas. “Because of these and other factors, we will save $2.8 billion on energy production costs over 30 years, and those savings will flow directly back to our customers through lower fuel costs.”

The ability to add more wind is now possible in large part thanks to investments the company has made to strengthen the region’s high-voltage transmission network, says Xcel. Dozens of new transmission projects in Texas and New Mexico have improved the ability to move power throughout the region and connect with outside marketplaces. The cost of improving this infrastructure has led to higher monthly bills in recent years, but the investments will deliver savings in the long run as more low-cost wind energy is connected to the system, Hudson says.

“We have to invest wisely in our energy future, which means we may have to bear higher upfront costs to achieve long-term savings,” Hudson continues. “Our wind energy expansion will pay for itself and return nearly 40 percent in savings over time, and that’s not something we’d want to pass up.”

The wind projects are being reviewed by utility regulators in both Texas and New Mexico; Xcel Energy expects approvals next year. Then, construction on the 478 MW Hale Wind Project in Hale County, Texas, would start immediately, with a planned completion in 2019. The other facility – the 522 MW Sagamore Wind Project in Roosevelt County, N.M. – would be in service by 2020. Xcel Energy is also seeking approval of a contract to purchase an additional 230 MW of wind energy from two facilities being developed in Texas by NextEra Energy Resources.

According to Xcel, the NextEra projects created 300 jobs during construction and five full-time positions for ongoing operations. They also return $660,000 per year in payments to local taxing entities, including the Roswell Independent School District. Xcel Energy’s proposed wind farms in Texas and New Mexico would create 600 construction jobs and between 40 to 50 full-time operational positions, according to the company.