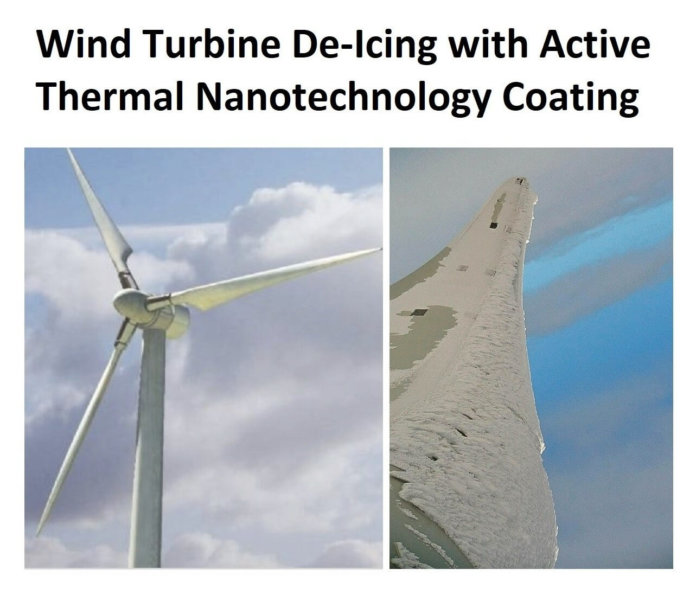 The company explains that the build-up of ice on turbine blades can decrease energy production efficiency. WINDGO has patented a nanotechnology active thermal coating that evolved from the company’s Smart Damping Adhesive and Vehicular Neurology, which both hold U.S. patents.

“By coating the leading edges of a wind turbine’s blades with active nanoparticles, a small excitation current can be applied to the coating to start a high-frequency vibration that causes a warming effect,” says David Strumpf, vice president of R&D at WINDGO. “The net effect when used on a leading edge surface of a wing or a blade is a significant increase in the efficiency of energy generation due to de-icing.”

This new technology is in line with WINDGO’s emphasis on energy, resonance, and vibration technologies and products. The invention is based on technologies that evolved from the original works of inventor Fielding Staton. His invention of the Absorbud in 2013 has led to industry-changing advancements in macro-, micro- and nano-based technologies, the company says.