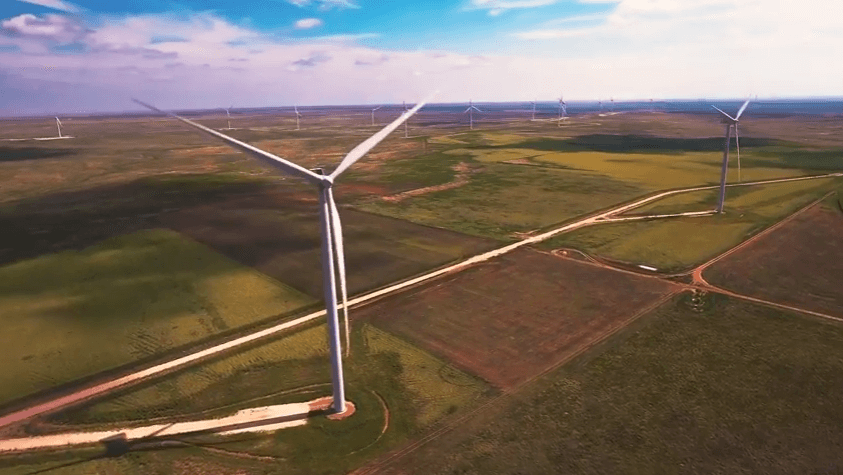 Oklahoma has been engaged in an ongoing battle to manage its state budget over the past few years. Its educational budget, in particular, has forced public schools across the state to cut programs, reduce staff and minimize spending.

According to Kevin Sims, superintendent of Minco Public Schools, Oklahoma schools “have been under fire, budget-wise, for three years now.”

“When the state legislature dropped the gross production tax from seven percent to two percent on horizontal drilling, it was a real devastating blow to education and other central services in Oklahoma,” Sims says. “We have had to reduce our staff and cut services – we have cut out three teaching positions and an administrative [position] over the last three to five years.

“We have not been able to purchase textbooks for the last two years,” he adds.

Yet despite such severe budgetary challenges, the Minco Public School District not only was able to build a new water tower for the community and significantly expand its technology budget, but also had enough funding to build a new, state-of-the-art high school.

How, you ask? That’s where Oklahoma’s famous wind comes in.

Wind power, while adding jobs and increasing the state’s energy independence, generates revenue for the local community in a number of ways. According to Jeff Riles, director of regulatory affairs at Enel Green Power North America (EGPNA), it mainly comes down to property tax.

“You’ll hear a lot of folks in Oklahoma, particularly in the education space, refer to being ‘off the state-aid funding formula,’ which means they are no longer dependent on the state to fund their education needs. Instead, they are able to rely on other sources of revenue, primarily that local property tax base.”

Riles explains how wind farms make a difference: “The more that local community is able to rely on the resources from the tax base, the less they rely on the state. So at a high level, when you have a school district that has a wind facility, obviously that represents millions of property tax dollars in that community that get to flow directly to that local school. And in turn, the state of Oklahoma, according to that state-aid funding formula, pays less to that school to fund it.”

In essence, the more property tax revenue grows, the more a community can rely on those funds and the less dependent it is on the state.

“That means a lot for these rural communities when you have the state clawing back on their spending for education – to be able to rely on that property tax payment that comes as a form of revenue from wind projects,” he elaborates.

Riles goes on to cite a project in Texas County in the panhandle of Oklahoma as an example. Representing a total investment of approximately $310 million, the 200 MW Goodwell wind project began operations in December 2015 and currently powers 73,000 U.S. households per year.

In an EGPNA video on the Goodwell project, Casey Murdock, state representative of Oklahoma from District 61, explains that wind development has financially supported the landowners both in his district and across the state and that projects, like Goodwell, have enabled local schools to rely entirely on local property tax rather than state-aid funding.

“I have seen numerous schools in my district – the Panhandle and northwest Oklahoma – that have been greatly impacted by the wind coming [in]. The wind farm has moved into their school district, they move off the state formula, and [they] are striving on their own.”

While the Minco Public School District still receives some state aid, Sims says 75% of its budget is based on local revenue mainly generated by three NextEra wind farms, featuring 144 towers in all, located within the district boundaries. He notes that there is currently another company building 25 towers in the district, as well.

Praising wind power’s impact on the community, the Minco superintendent says the new high school could not have been built without the wind farms’ added value.

“The wind towers have certainly raised our local value, which has helped our major funds,” he says. “Investment in wind is a good thing for communities and for energy.”

In the same way, the Okarche Public School District, as another example, was able to build an elementary school, an agricultural and technology building, and a new gym by taking advantage of its wind revenue.

A study commissioned by the Oklahoma State Chamber Research Foundation in 2015 confirms the massive impact that wind farm revenue can and does have in the state, especially in rural districts.

The report, authored by Dr. Shannon L. Ferrell and Joshua Conaway with the Oklahoma State University’s Department of Agricultural Economics, found that Oklahoma wind farms already built or under contract, at the time of the study, were set to pay state schools and counties more than $1 billion over their lifetimes.

Despite currently being ranked by the American Wind Energy Association as the third-largest wind state for installed capacity, Oklahoma may be facing some roadblocks to wind development in the near future.

In April, Oklahoma Gov. Mary Fallin signed legislation that would end the state’s PTC for wind much sooner than expected.

The tax credit was originally set to expire by Jan. 1, 2021, but according to this new measure, wind farms must be placed into service before this July 1 in order to still be eligible.

Effectively, this means that wind projects that were counting on the PTC in order to move forward with development may have to be stalled or abandoned.

Riles says that EGPNA is “obviously disappointed” with the policy choice but recognizes Oklahoma’s “tremendous challenge with regard to its budget and how it balances that budget.”

In light of the eliminated PTC, it is probable that there will be a slowdown in development, but EGPNA still expects competition among companies – particularly with turbine pricing coming down and the growing appetite of customers that want access to their state’s powerful wind resource.

EGPNA recently announced that it intends to proceed with construction on its 300 MW Red Dirt wind project, located in Kingfisher and Logan counties, despite the early ending of the PTC.

Although the company says it did consider not moving forward, EGPNA had already spent years planning and developing the project and felt strongly that it should “honor its business and financial commitments” according to the agreements already in place.

“We began to recognize early on that the state of Oklahoma needed revenue more than it needed tax credits, and that’s sort of how the market’s evolving,” Riles explains.

It’s interesting to learn that when it comes to using wind as an energy source that there are benefits that can come with it. I like how you mentioned that having this in an area helps creates jobs and the state’s energy independence. This is good to know and to keep in mind when our towns decide whether or not to have something like this installed. http://www.dnlenvironmental.com/wind-energy.html