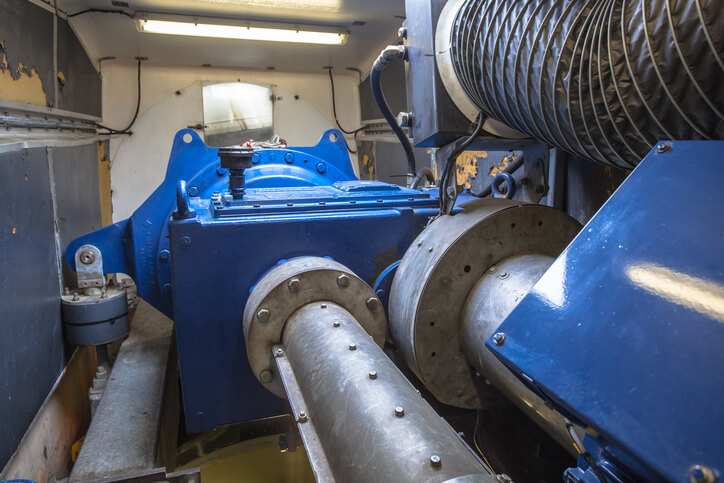 Nothing appeared out of the ordinary last March in northwest Iowa. If anything, it was a typical late-winter day. The temperature wouldn’t break the freezing mark. Snow fell off and on throughout the day. The wind blew, turning the blades of wind turbines that punctuate the region’s horizon.

Although things seemed normal, something remarkable was happening. Four-hundred miles away, predictive analytics software had been monitoring data from the wind turbines. As the software’s data science models combed through the data, it spotted an anomaly in one wind turbine’s gearbox.

The data insight predicting a future gearbox failure led the owner of the turbine to perform a few hours of predictive maintenance that cost $5,000. In the end, that work saved the owner from having a more catastrophic, $250,000 problem and at least several days of downtime.

Predictive analytics are possible now
The ability to spot and stop problems months before they start – like the one on that winter day in Iowa – was once thought to be years away. But today, it is possible due to specific advances in technology during the last five to 10 years.

Sensor costs have dropped dramatically during the last decade, allowing them to be added to more equipment. Today’s average wind turbine has nearly 100 sensors on it. Those sensors generate massive amounts of data that can be transferred to cheap cloud storage and computing.

The average cost per megabyte of wireless data dropped 99% between 2005 and 2013 and will continue to drop, according to management consulting company BCG. And CISCO predicts mobile network connection speeds will increase threefold by 2021.

Those factors combine to produce mountains of data that tell asset owners about the history and future of their machinery, but only with the right data science applied to the information. Recent breakthroughs in sensors, wireless data and data science are combining to generate insights delivered to front-line workers and CEOs alike. Companies can now make informed decisions to increase a wind fleet’s reliability and the total amount of energy it produces – without sacrificing safety or security.

Ideal timing
Predictive analytic technology and software could not have come at a better time for wind fleet owners and operators.

For the last few decades, much of the onshore wind industry has been focused on developing and building wind fleets. Favorable federal policy and heightened customer demand for clean energy have fostered a market where profitability was all but guaranteed for those who got turbines built and online.

But as the U.S. wind energy enters its fourth decade, policy and economic forces have started to shift. The phase-out of the production tax credit will be complete by 2020, disrupting a financial model that has been around for more than two decades.

Demand for renewable energy will be higher than in the past due to state laws and consumer awareness of how energy consumption affects climate change; in fact, nearly three-dozen states now have renewable energy standards.

Corporations also want to increase the amount of their energy that comes from renewable sources. Several tech companies are purposefully building their data centers in regions with abundant renewable energy. Apple said in August that it would not have chosen Iowa for a new renewables-powered data center if not for the state’s leading role in wind energy production.

First, using predictive analytics software that provides valuable insights will reduce overall costs. Knowing about a potential failure before it occurs stops small ones and prevents other costly, catastrophic ones. Some predictive analytic software also provides parts management functions to keep inventory costs lower. Gartner recently found that preventing one hour of downtime alone can save a large company as much as $540,000.

Second, more energy will be produced from the same number of wind turbines. More megawatts mean more money. Incorporating weather forecasts allows maintenance to be scheduled when the wind won’t be blowing. This will be critical as the focus shifts from simply having a wind turbine available 95% or 96% of the time to wanting – and needing – the turbine to be available 99% of the time when the wind is blowing. For every 1% increase in reliable wind energy, 1% less energy is needed from energy sources that emit carbon dioxide. Small improvements, when multiplied across the U.S. energy generation fleets, lead to enormous gains across the electricity sector, which remains the largest source of carbon emissions in the U.S.

Finally, new markets will open for wind energy. As problems are predicted before they happen, the reliability of a wind turbine and the fleet increases. Not only will individual turbines be able to produce more energy, the increased reliability of that energy allows operators the greater certainty they need to participate and sell more in the day-ahead energy markets.

Although wind energy is already increasingly competitive based on the levelized cost of energy, improving margins and reliability over time through machine learning and prediction will cement its position.

How to get the most out of predictive analytics
Considering the size of wind fleets, which often include turbines from different manufacturers, in order to keep operations streamlined and efficient, most operators will need just one single solution that provides predictive insights on an entire fleet of turbines, no matter the manufacturer.

Providers of predictive analytics solutions will also be challenged to make their interfaces intuitive for all users across an operation – from the chief operations officer to the field technician. Predictions of failures are valuable only if an individual acts on the recommendation that stops the failure. Insights without action are worthless.

The future
During the last four decades, turbines have captured more energy from the wind thanks to engineering advancements. But the biggest opportunity to grow the power of wind remains right in front of the industry: leveraging the data it already has in abundance.

Soon, stopping potential turbine problems before they occur will be typical not just in northwest Iowa, but wherever the wind blows and there is a turbine to capture its energy.

Sonny Garg is the global energy solutions lead for Uptake, a predictive analytics company in Chicago.

What happens when you have an industry that is usually not expected to collect data, suddenly start collecting data? You find analysts for the data! Ask a data scientist in our weekly webinars how you can do it too! https://eventgrid.com/Events/34437/how-to-learn-data-science