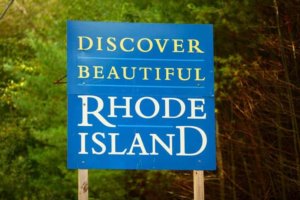 The company, which will be based at the Cambridge Innovation Center in Providence, is expected create more than 50 jobs in the Ocean State.

“Rhode Island is a leader in offshore wind,” says Gov. Gina M. Raimondo, D-R.I. “This development is further proof that we’re well-positioned to be the hub for this growing industry as we approach our renewable energy goal. Clean energy jobs are jobs of tomorrow, and I’m thrilled that yet another company in the wind sector supply chain is choosing to make the Ocean State home.”

“We welcome this terrific British company to Rhode Island,” adds Stefan Pryor, Rhode Island’s commerce secretary. “Boston Energy has decided to become part of the strong and growing offshore wind industry here in the Ocean State. We’re very pleased that, under Governor Raimondo, our parallel efforts – growing the wind energy industry from the ground up right here in Rhode Island and recruiting companies from around the world – are coming to fruition. We will continue working at it because much more is possible.”

Boston Energy provides a range of wind turbine training and maintenance services. The company works extensively with turbine suppliers in the Northeast.

“Rhode Island is vying to be a center of excellence for offshore wind in America,” comments Mark Parkes, president and CEO of Boston Energy. “The geographical location and support offered by Governor Raimondo, Commerce Secretary Pryor and their teams has been critical to our decision in locating our U.S. headquarters in Providence. This will allow Boston Energy wind power services to support the impending offshore wind energy industry right along the Northeastern Seaboard.”

The Board of the Rhode Island Commerce Corp. has approved Boston Energy to receive tax credits under the Qualified Jobs Tax Credit program for up to $86,625 per year for 10 years. The actual tax credit amount will be determined by the number and wages of the new jobs created. Boston Energy has committed to maintaining at least 52 full-time jobs in Rhode Island for at least 12 years.

With the addition of Boston Energy to the state, Rhode Island is projected to realize a net increase of $2.4 million in personal income, sales and business corporation taxes resulting from the new hires, as well as an increase of $7.7 million in Rhode Island’s annual GDP once the new hires are in place, according to a third-party economic impact analysis.

In June, GEV Wind Power, another turbine maintenance company, announced that Rhode Island would also be the home of its U.S headquarters, creating more than 120 jobs in the state.

Additionally, Ørsted and Eversource, the companies behind the Revolution Wind offshore project, have pledged $4.5 million to support offshore wind education and supply chain development for the growing offshore wind industry in Rhode Island. Ørsted US Offshore Wind has joint headquarters in Providence and Boston.