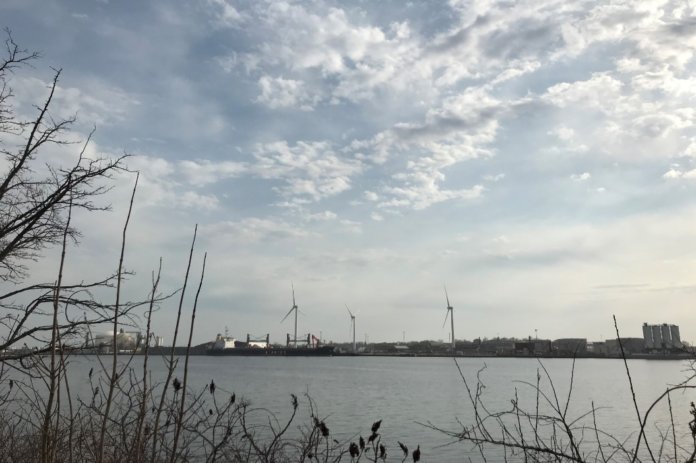 “Though she be but little, she is fierce.” A line from Shakespeare’s A Midsummer Night’s Dream or an appropriate description for the State of Rhode Island? Judging by its milestones in the renewable energy industry, the smallest state in the U.S. is living up to this mantra.

Rhode Island made history in 2016 when Deepwater Wind, based locally out of Providence, built the country’s first operating offshore wind project, the 30 MW Block Island Wind Farm. Earlier this month, Danish energy company Ørsted scooped up Deepwater Wind in a $510 million deal, creating a U.S. offshore wind powerhouse – Ørsted US Offshore Wind – based jointly out of Boston and Providence. In the newly merged company’s development pipeline is Revolution Wind, a 600 MW offshore facility situated between Massachusetts and Rhode Island and poised to deliver 400 MW of power to Rhode Island.

“It is very exciting for two pioneering companies to join forces to create the clear leader in the U.S. offshore wind market,” said Jeffrey Grybowski, co-CEO of Ørsted US Offshore Wind, when the deal was announced.

According to Stefan Pryor, Rhode Island’s secretary of commerce, the state certainly has a bright future when it comes to the country’s budding offshore wind sector.

“We believe that Rhode Island can become the epicenter of the offshore wind industry for the United States,” he tells North American Windpower.

Pryor points particularly to the state’s “maritime heritage,” the “ingenuity of [its] business community” and the “truly trailblazing work” that has already happened in the wind power field: e.g., the success of Deepwater Wind, which has defined the U.S.’ offshore wind industry, the secretary says.

Deepwater’s Block Island Wind Farm created 300 jobs during construction, while Revolution Wind is expected to create 800. According to the Clean Energy Industry Report, overall clean energy employment in the Ocean State has grown 72% since 2014, bringing 6,650 new jobs since then. (This includes jobs in renewable energy generation, clean transportation, renewable heating and cooling, and energy efficiency.)

“I’m thrilled that we’re creating thousands of exciting jobs in green energy, but we’re just getting started,” Gov. Gina Raimondo, D-R.I., said in August, when the report was released.

Indeed, there is way more to come: Raimondo has a goal to expand the state’s clean energy supply to 1 GW by 2020 – representing a whopping 1,000% increase over 2016, when Rhode Island had roughly 100 MW of clean energy.

To further this goal, in September, utility National Grid issued a request for proposals (RFP) seeking 400 MW of renewable energy projects that could power the state, resulting in 41 bids totaling 2.5 GW, as announced last week.

For solar, two bids came from NextEra Energy, one from Longroad Energy, 13 from Freepoint Solar, two from EDF Renewables, one from North Light Energy and DESRI Renewables (collectively, DESRI-North Light), one from Cypress Creek Renewables, and one from Ameresco.

“We are excited to see such an enthusiastic response to our 400 MW clean energy RFP,” Carol Grant, the state’s energy commissioner, said in a statement. “This process is using market competition to drive down the cost of renewable energy, making Rhode Islanders the winners.”

“As we laid out in the Northeast 80×50 Pathway, National Grid plays a vital role in connecting millions of people to the energy they use and we are committed to leading in the clean energy transition,” added Timothy Horan, president of National Grid Rhode Island. “The response to this RFP demonstrates that more companies are ready to innovate and invest in that same goal. We look forward to working with our stakeholders in evaluating these proposals and helping Rhode Island move closer to its goal of 1,000 MW of clean energy by 2020.”

Going forward, the bidders are expected to be chosen at the beginning of next May, with contract negotiation happening at the end of July. Finally, by Aug. 30, the contracts will be submitted to the Public Utilities Commission for approval.

“In just the last two years, we’ve tripled our renewable energy supply while creating hundreds of green jobs,” Raimondo said following the announcement of the RFP bids. “The overwhelming response to this procurement shows that we are ready to keep building on this momentum. I look forward to moving forward with this process and bringing additional clean, affordable and reliable energy to our state.”

However, the solar jobs numbers are expected to bounce back, according to Rhode Island report.

“Despite this year’s decline in employment, the solar industry presents significant employment opportunity, and we expect a return to growth in the near term,” the report explains. “When considering the steady growth of energy efficiency jobs and opportunities for continued expansion of renewable energy generation and clean energy infrastructure, Rhode Island should meet its goal of 20,000 clean energy jobs by 2020 given the right policy landscape.”

The report notes that meeting this clean energy jobs target will require “focused and consistent policy efforts” that are “geared towards supporting the industry sectors that are most likely to accelerate clean energy job growth.” To ease uncertainty surrounding solar job employment, the report recommends, for one, improving financing options, including growing the commercial property assessed clean energy (CPACE) program and launching a residential version, as well as expanding net metering.

To prep students for jobs in the offshore wind sector, the state recently launched its WindWinRI program, which offers “activities designed to increase exposure to careers in wind energy and support students in earning industry-endorsed credentials,” according to the Raimondo administration. The initiative is currently in place at Rocky Hill School and North Kingstown High School.

“If we are to meet the demands of the sector, our workforce must be empowered with the skillset required by this fast-emerging industry, and career interest must be cultivated among our middle and high school students to fill any gap left by an aging workforce,” Kristin Urbach, executive director of the North Kingstown Chamber of Commerce, said in a recent statement.

According to the American Wind Energy Association, Rhode Island currently ranks 37th in the nation for installed wind power capacity, with 2.9% of in-state energy production coming from wind. On the solar side, according to the Solar Energy Industries Association, the state comes in 39th place, with 1.62% of its electricity coming from solar.

However, considering the flurry of aforementioned actions – notably, the major offshore wind merger and the enthusiastic response from clean energy bidders – and the progress over the past couple of years, Pryor envisions more good things to come for the state’s renewables industry – namely, more investments from “international players” and “very favorable” price points for ratepayers resulting from more renewable energy build-outs.

“We’re admittedly a small state,” the secretary says, “but we punch above our weight.”

From all of us at http://www.mulhollandenergyservices.com, major kudos to Rhode Island for taking the initiative!!!