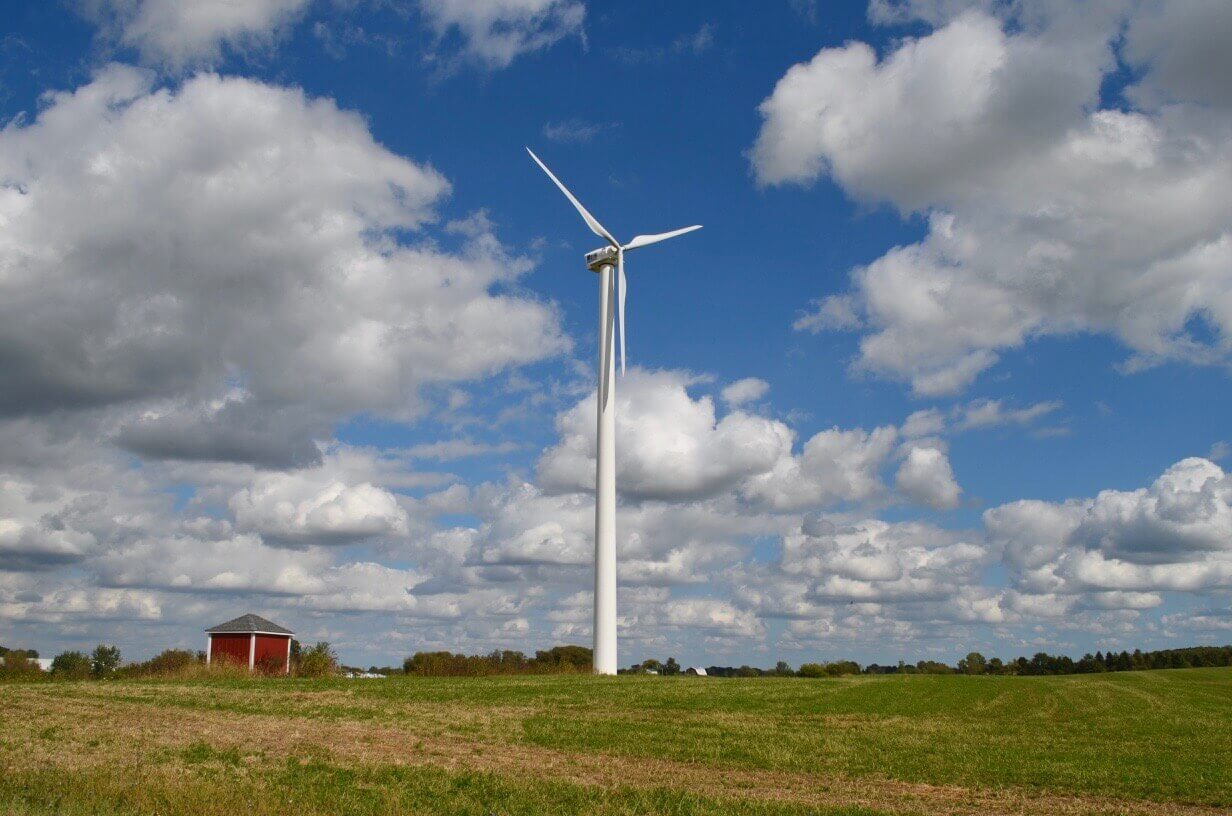 A farm owner in New York State is touting the advantages of the two Northern Power wind turbines powering his Sonshine Acres Farm.

Vermont-based Northern Power Systems Corp., a provider of wind turbine technology, says it has seen a surge of interest in wind power in distributed energy (behind-the-meter, on-site power generation) applications in the U.S. Specifically, the advantages have become evident in dairy and farming operations, the company says.

Thanks to remote net metering in New York, project developer Niagara Wind and Solar (NWS) was able to site a turbine in the windiest part of Miller’s farm and power all meters remotely. Following this first installation in December 2014, Miller’s monthly electric bills dropped by 65%. Those results then spurred him to install a second turbine, which has been operational since December 2016, according to Northern Power.

“With more financing options than ever before, it is now easy and affordable for organizations that use significant amounts of energy to generate their own electricity from the wind, support operations, take control of their energy future and directly benefit the bottom line,” states Ciel Caldwell, president of Northern Power Systems.

Within the first six months of this year, Miller’s two turbines produced over 180,000 kWh of energy.

“I’m concerned about climate change and see the value in renewable energy,” says Miller, “but the bottom line is, I thought I could save some money, and this has proven to be a great way to do that.”

Northern Power says the Small Wind Turbine program offered by the New York State Energy Research and Development Authority (NYSERDA) was crucial in supporting the use of renewable energy at Miller’s farm.

Alicia Barton, NYSERDA’s president and CEO, says, “We commend Miller Sonshine Acres Farm and all of its partners for taking a leadership role in showing how farms and other local organizations can use renewable energy to help lower operating costs and create a cleaner and healthier environment for the local community.”