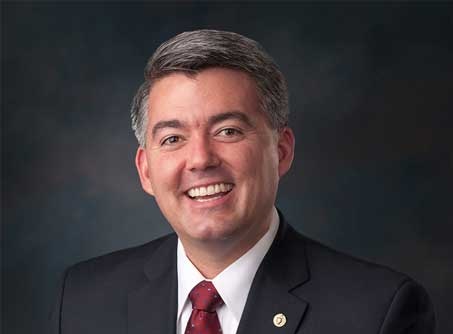 The American Wind Energy Association (AWEA) is congratulating Sen. Cory Gardner, R-Colo., on his election as the new chairman of the National Republican Senatorial Committee (NRSC).

A “wind energy champion,” says Tom Kiernan, CEO of AWEA, Gardner has “seen wind power’s success story firsthand” in Colorado – where, at times, wind has supplied over 60% of the state’s power.

“Wind farms are some of the greatest infrastructure projects this country has ever built, but there’s a lot more to be done if wind energy is to meet its promise,” adds Kiernan. “We look forward to having Sen. Gardner as a leading voice in the Senate to keep wind power’s American success story going.”

“Over 80 percent of all U.S. wind farms are in Republican-held congressional districts, and wind farms have become a cash crop for rural Americans, including for many Colorado ranchers and rural landowners,” comments Chris Brown, board chair for AWEA and president of Vestas’ sales and service division in the U.S. and Canada.

According to AWEA, Vestas employs nearly 3,700 Colorado workers, and wind power supports up to 7,000 jobs in the state overall.

“We congratulate Sen. Gardner on his election as NRSC chairman and look forward to working with him to deploy more wind energy that saves American families and businesses money and helps keep their lights on,” Brown says.

“I am excited about this expanded opportunity to serve Coloradans and make their voice heard on a larger stage,” states Gardner. “I am honored to have the confidence of the other Republican senators to take on this leadership role, and I won’t let them down.”