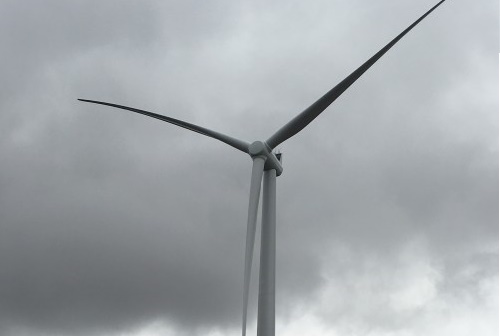 Vattenfall announced that the first turbine at the largest onshore wind farm in Wales has been fully erected.

Based on government assessments of carbon dioxide (CO2) emissions per unit of power produced in 2013, Pen y Cymoedd will prevent the emission of more than 200,000 metric tons of CO2 every year.

“There is still some way to go, but I’m pleased that Siemens and the team have safely erected the first of 76 wind turbines,” says Will Wason, Vattenfall’s project director for the Pen y Cymoedd Wind Energy Project. “As Wales’ largest onshore wind farm, Pen y Cymoedd will have a big impact on annual carbon emissions and help secure homegrown energy.”