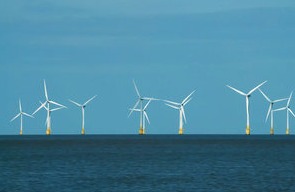 US Wind Inc., a Baltimore-based offshore wind development company, says it is confident that it sent a winning application to the Public Service Commission (PSC) for the development of a utility-scale wind farm offshore Maryland.

According to the company, US Wind is one of two developers whose applications are being considered by the PSC during a 180-day period, which began on Nov. 28. The other applicant vying for project approval is Deepwater Wind, as reported last week.

US Wind says its 750 MW proposal would construct up to 187 turbines off the coast of Ocean City and produce power for more than 500,000 Maryland homes.

The company’s economic projections show that its Maryland project alone will create thousands of construction jobs and hundreds of well-paying, long-term careers. In addition, US Wind officials say they want to make Maryland the epicenter of the emerging industry and the East Coast hub for offshore wind economic activity.

US Wind recently partnered with Tradepoint Atlantic, a 3,100-acre multimodal industrial site in Sparrows Point, Baltimore, built on the site of a former steel mill, to host two information sessions with business leaders and government officials discussing the economic benefits that offshore wind would bring to Maryland.

All applications to the PSC are required to meet criteria spelled out in the 2013 Maryland Offshore Wind Energy Act.

“We are the only applicant that has developed detailed engineering designs, conducted multiple offshore marine surveys, built strong ties to Eastern Shore and Baltimore stakeholders, identified prime areas of industrial manufacturing development, and applied for the necessary interconnection queue positions from the power grid,” states Rich.

“We welcome the competition, but we feel our proposal is superior in every way,” he continues. “Our Maryland project will create an industry for offshore wind in Maryland. We have a quicker timeline, and our project will provide more clean energy for the state, construct more turbines, create more local steel manufacturing and fabrication jobs, generate more economic benefits, and provide the best deal for Maryland ratepayers.”