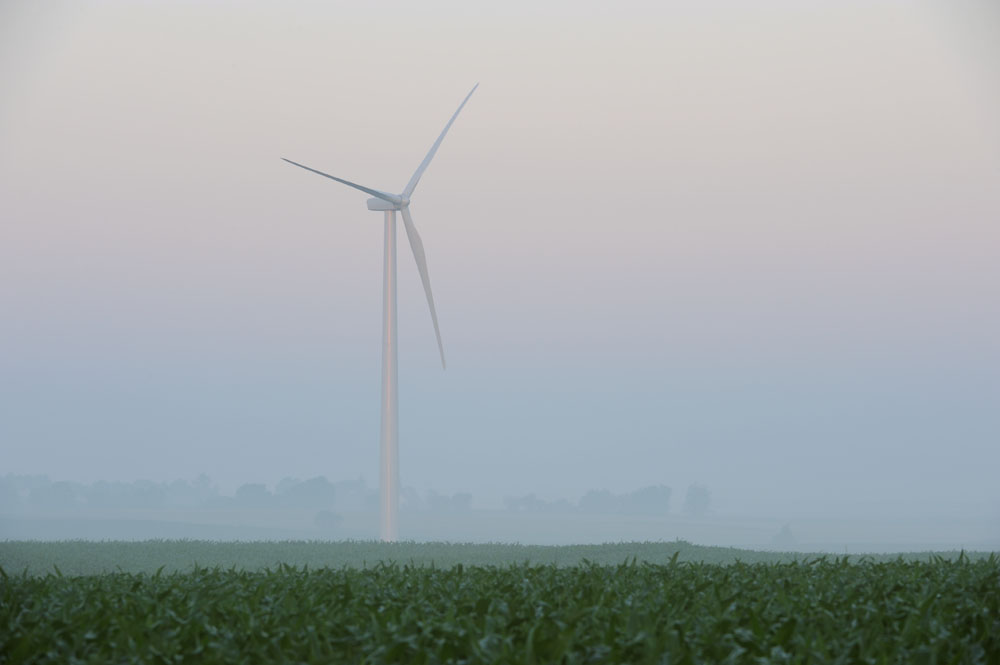 Having inked a 10-year power purchase agreement (PPA) for the Rail Splitter Wind Farm, located north of Lincoln, Ill., the University of Illinois at Urbana-Champaign is significantly increasing its renewable energy usage.

Through October 2026, the Urbana campus will receive a percentage-based portion of the wind-generated electricity and associated environmental attributes from the Rail Splitter Wind Farm. The agreement specifies that 8.6% of the total wind generation from the farm will be sold to the university, which expects this to be more than 25 GWh annually.

This agreement – in conjunction with energy generation from a utility-scale solar project brought online last December and other solar installations on campus – raises the amount of Urbana campus clean energy to approximately 33.2 GWh annually, which equates to roughly 8.9% of the school’s projected electricity consumption for FY17.

Since Illinois’ renewable portfolio standard was passed in 2007, EDPR has invested more than $1.5 billion in new Illinois wind farms and is the largest owner of wind energy in the state, the developer says.

“The PPA with the University of Illinois marks a new path forward for college campuses to play an important role in building a clean energy future,” comments Tommy Greer, EDPR’s director of energy and REC sales. “We are excited to partner with the campus on a long-term agreement to produce clean, renewable energy in Illinois. This is the first time we have signed a long-term PPA with a university, and we are eager to see other academic institutions follow Illinois’ lead.”