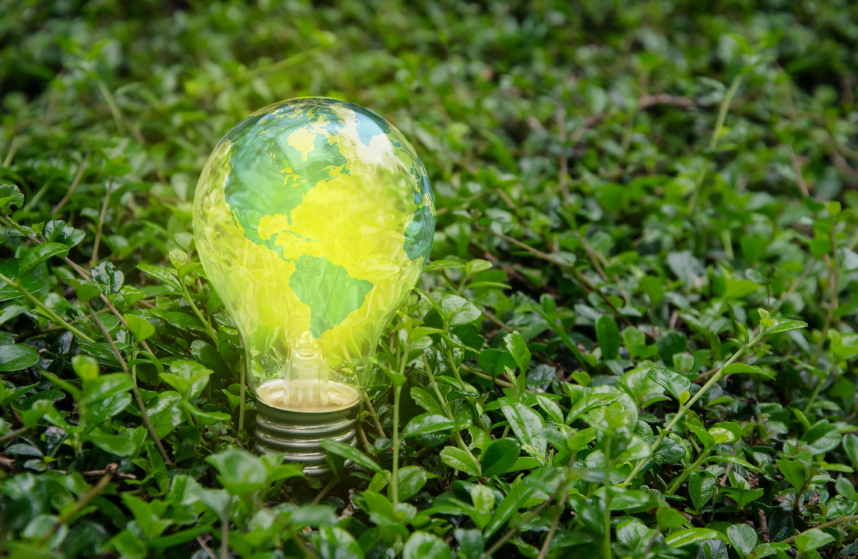 Global renewable energy investment in 2015 totaled $286 billion, which is 3% higher than the previous record set in 2011 and more than double the estimated $130 billion invested in coal and gas-fired power stations last year, according to a new United Nations-backed report.

The study finds that since 2004, the world has invested $2.3 trillion in renewable energy (unadjusted for inflation).

The report, “Global Trends in Renewable Energy Investment 2016,” is the 10th edition of the UN Environment Program’s (UNEP) annual publication and has been launched by the Frankfurt School-UNEP Collaborating Center for Climate & Sustainable Energy Finance and Bloomberg New Energy Finance (BNEF).

“Global investment in renewables capacity hit a new record in 2015, far outpacing that in fossil fuel generating capacity despite falling oil, gas and coal prices,” comments Michael Liebreich, chairman of the advisory board at BNEF. “It has broadened out to a wider and wider array of developing countries, helped by sharply reduced costs and by the benefits of local power production over reliance on imported commodities.”

Assisted by further falls in generating costs per megawatt-hour, particularly in solar PV, renewables – excluding large hydro – made up 54% of added gigawatt capacity of all technologies last year. The 134 GW of renewable power added worldwide in 2015 compares with 106 GW in 2014 and 87 GW in 2013.

The report says this also marks the first time new installed renewables have topped the capacity added from all conventional technologies, and were it not for renewables, annual global CO2 emissions would have been an estimated 1.5 gigatonnes higher in 2015.

“Renewables are becoming ever more central to our low-carbon lifestyles, and the record-setting investments in 2015 are further proof of this trend,” states UNEP Executive Director Achim Steiner.

As in previous years, the report shows the 2015 renewable energy market was dominated by solar PV and wind, which together added 118 GW in generating capacity, far above the previous record of 94 GW set in 2014. Wind added 62 GW, and solar PV added 56 GW. More modest amounts were provided by biomass and waste-to-power, geothermal, solar thermal and small hydro.

In 2015, more attention was drawn to battery storage as an adjunct to solar and wind projects and to small-scale PV systems. The report says energy storage is of significant importance, as it is one way of providing fast-responding balancing to the grid, whether to deal with demand spikes or variable renewable power generation from wind and solar. Last year, some 250 MW of utility-scale electricity storage (excluding pumped hydro and lead-acid batteries) was installed worldwide, up from 160 MW in 2014, according to the report.

“Access to clean, modern energy is of enormous value for all societies, but especially so in regions where reliable energy can offer profound improvements in quality of life, economic development and environmental sustainability,” says Steiner.

The report says much of these record-breaking developing world investments took place in China (up 17% to $102.9 billion, or 36% of the world total). Other developing countries showing increased investment included India (up 22% to $10.2 billion), South Africa (up 329% to $4.5 billion), Mexico (up 105% to $4 billion) and Chile (up 151% to $3.4 billion). Morocco, Turkey and Uruguay all joined the list of countries investing more than $1 billion.

Among developed countries, investment in Europe was down 21%, from $62 billion in 2014 to $48.8 billion in 2015, the continent’s lowest figure for nine years despite record investments in offshore wind projects. The U.S. was up 19% to $44.1 billion, and in Japan, investment was much the same as the previous year at $36.2 billion.

The report says the shift in investment toward developing countries and away from developed economies may be attributed to several factors: China’s dash for wind and solar, fast-rising electricity demand in emerging countries, the reduced cost of choosing renewables to meet that demand, sluggish economic growth in the developed world and cutbacks in subsidy support in Europe.

A long way to go
According to the report, the fact that renewables far exceeded new capacity added from conventional sources in 2015 shows that structural change is under way.

Renewables, excluding large hydro, still represent a small minority of the world’s total installed power capacity (about one-sixth, or 16.2%), but that figure continues to climb (up from 15.2% in 2014). Meanwhile, actual electricity generated by those renewables was 10.3% of global generation in 2015 (up from 9.1% in 2014).

“Despite the ambitious signals from COP 21 in Paris and the growing capacity of new installed renewable energy, there is still a long way to go,” explains Prof. Udo Steffens, president of the Frankfurt School of Finance & Management. “Coal-fired power stations and other conventional power plants have long lifetimes. Without further policy interventions, climate-altering emissions of carbon dioxide will increase for at least another decade.”

“However, the commitments made by all nations at the Paris climate summit in December, echoing statements from last year’s G7 summit, require a very low- or no-carbon electricity system,” notes Steffens.