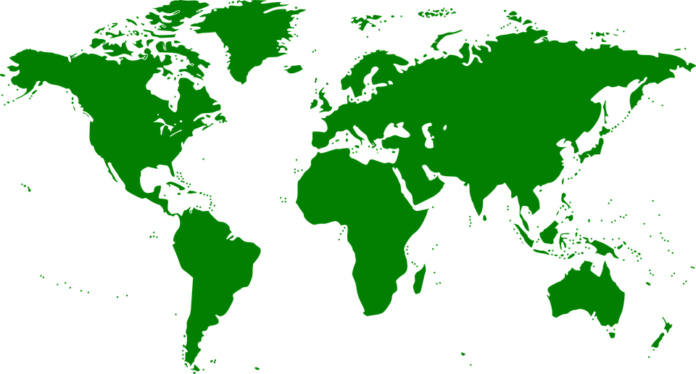 The bi-annual RECAI ranks 40 countries on the attractiveness of their renewable energy investment and deployment opportunities. China has topped the latest RECAI for the third time consecutively, with both the U.S. and Germany overtaking India, which has fallen from second to fourth position. The U.K. and the Netherlands are notable climbers (to positions seventh and ninth, respectively), while Taiwan has re-entered the ranking. The last index was published in October 2017.

The 51st issue of the RECAI highlights the trend for rising protectionism across the renewable energy sector, says EY. India’s 2022 solar power target looks increasingly over-ambitious amid investor concerns in response to the threat of a 70% tariff on imported solar panels and low power bids, the report says.

In addition, in January of this year, the U.S. imposed 30% tariffs on imports of solar photovoltaic cells and modules. However, RECAI points to the resilience of the U.S. market, which has climbed from third to second position. EY argues that the solar tariffs are mostly absorbed and points out that wind projects are not subject to subsidy cuts under the recently passed U.S. tax reform bill.

In May 2017, the U.S. fell from first place to third place in EY’s RECAI, which cited a marked shift in policy under the new Trump administration. The U.S.’ fall in the rankings was the first for the country since 2015.

“Rising interest rates are likely to increase the cost of cheap capital that has underwritten the dramatic roll-out of renewable energy capacity over recent years,” states Ben Warren, EY’s global power and utilities corporate finance leader and RECAI’s chief editor. “Government subsidies for clean power are being reduced around the world, and financiers are anticipating tougher times ahead for project developers. However, movements in the index suggest that these developments are just headwinds as the renewable energy sector continues to mature and markets expand.”

Despite a large fall in renewables investment in 2017, the U.K. has climbed three places to seventh position. The market is adapting to subsidy-free solar PV and onshore wind projects and is moving to repower old wind farms, the report says.

Furthermore, a rapid expansion of renewables has seen the Netherlands climb from 15th to ninth position. Recent offers for unsubsidized offshore wind and a growing solar PV market have been strong contributors to the sector while the government seeks to meet its 14% renewable energy European Union target by 2020, according to the RECAI.

Re-entering at the 31st position, Taiwan has returned to the top 40 for the first time in two years. The government intends to go nuclear-free and is taking action to increase renewables to 20% by 2025, with a particular focus on offshore wind projects, says EY.

Warren adds, “While the current economic climate has driven a relentless focus on costs, that focus is paying dividends with the global cost of electricity from renewable sources falling year-on-year. Combined with the plunging cost of battery technology, we anticipate further rapid growth of the evolving renewable energy sector in the coming years.”

The latest RECAI also explores the trend for many of the world’s largest oil and gas companies to increasingly make significant investments in low-carbon energy. But while the index points to concerns around climate change and the rise of electric vehicles as drivers for long-term ambitions to invest in renewable energy, the pace of transition among oil majors remains uncertain, the report says.