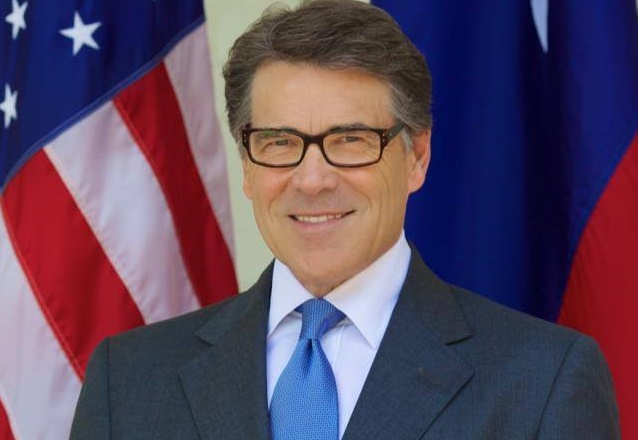 Perry, a Republican, served as Texas’ governor from 2000 to 2015 and also ran for U.S. president twice. Perry will succeed nuclear physicist Ernest Moniz, who President Barack Obama nominated as DOE secretary in 2013.

According to a report from the Washington Post, the DOE secretary-elect said in a 2011 debate that he would get rid of three federal agencies, including the departments of education and commerce, but couldn’t remember the third one, which he later said was the DOE. After the debate, he reportedly told the media, “The bottom line is I may have forgotten energy, but I haven’t forgotten my conservative principles, and that’s what this campaign is really going to be about.”

“Rick Perry is being tapped to run an agency he would eliminate if he could only remember its name,” states Michael Brune, executive director of the Sierra Club, in a press release. “Trump’s latest appointment is an insult to our functioning democracy. Putting Perry in charge of the Department of Energy is the perfect way to ensure the agency fails at everything it is charged to do, so Trump might as well just lock the doors for four years.”

Under Perry’s leadership, progress in the renewable energy industry in particular, according to the American Sustainable Business Council (ASBC), would be under “direct threat.”

“His close ties to the oil industry in his home state will likely lead to department policy that tilts the playing field in favor of fossil fuels,” says David Levine, CEO and co-founder of ASBC, in a statement. “That would jeopardize the progress the nation has made towards building a world-leading renewable energy sector.”

However, Jennifer Layke, global director of the World Resources Institute’s energy program, points out that although Perry hails from a state “long-associated with the oil industry,” the former governor “also has a successful track record of promoting wind power.”

“When Perry took office as governor, Texas had 116 MW of wind power, but it now boasts 18,000 MW – making it the country’s largest wind producer. If the incoming secretary truly wants to boost America’s economy, health and security, he should look no further than extending the department’s commitment to clean, renewable energy,” she says.

Still, she adds, “The Department of Energy leads essential programs that drive innovation and fill important gaps to get new technologies off the ground. These are vital to keep the U.S. at the frontier of energy technology. In recent years, the Department of Energy has given U.S. businesses a significant boost to accelerate the development of battery storage, solar panels and electric vehicles. These programs must continue.”

In turn, Layke says, “As the leading voice on energy in the country, the incoming secretary should embrace a clean energy future that is good for people, the economy and the country’s security.”

Considering Perry has “clear financial interests in major energy projects,” such as the Dakota Access pipeline, according to the Sierra Club’s Brune, “there’s no way he could manage the agency’s activities impartially.”

“His ideological obsession with promoting dirty fossil fuels and ignoring the climate crisis means he is just as unfit for this position as the other climate deniers Trump is promoting for key posts,” he says. (This includes Trump’s recent pick for the head of the Environmental Protection Agency: Oklahoma Attorney General Scott Pruitt, who Brune said is a “climate science denier.”)

Adding that Trump’s choice is a “reckless, dangerous decision that proves he has little interest in a functioning government and every interest in propping up his fossil fuel billionaire buddies,” Brune says the Sierra Club is urging senators to “stand up for communities across the nation and oppose this nomination.”

“Americans didn’t vote for more fossil fuels, more drilling and fracking, and more pollution,” he warns, “but that’s what we’re getting with Perry and Trump.”

“As governor of the state of Texas for 15 years, Rick Perry led a state that has, for decades, been critical to our domestic energy policy. During his time in office, Perry embodied the type of ‘all of the above’ approach to U.S. energy production that many have advocated on both sides of the aisle,” says Zelermyer. “Rick Perry’s Texas was not only a world leader in oil and gas production; it was also a global leader in wind power and renewable energy investment.”

He continues, “This approach is a big reason why Texas experienced such enormous job growth during Perry’s tenure. This track record will serve Perry well not only in leading DOE, but also in becoming a significant part of the new administration’s approach to issues like regulatory reform and infrastructure investment. As Texas has shown, it is indeed possible to successfully balance appropriate environmental regulations with domestic energy production and use.”

The National Rural Electric Cooperative Association, which has a significant number of members in Texas, has also praised Perry.

“America’s electric cooperatives work closely with the Department of Energy, and we congratulate Gov. Rick Perry on his selection to lead the department,” says NRECA CEO Jim Matheson. “It’s crucial that the energy secretary understand the opportunities and challenges facing co-ops as we work to ensure continued access to safe, affordable, and reliable power for 42 million Americans.  We value DOE as an important partner in our pursuit of innovative solutions to our nation’s energy challenges – particularly in the areas of cybersecurity, carbon capture, renewable energy, and the development of electric utility infrastructure. We look forward to working with Gov. Perry, once confirmed, to meet the energy challenges of the future.”