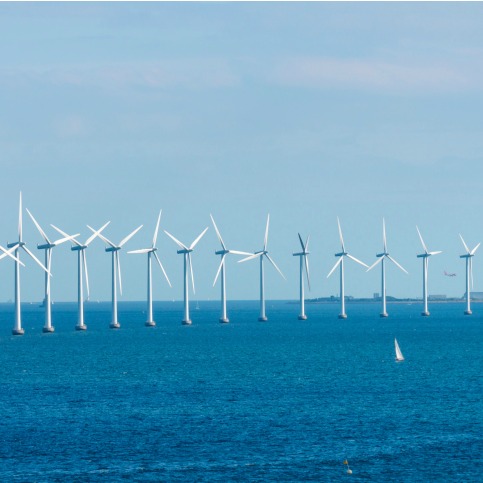 Despite an Ontario judge's dismissal of the case, Trillium Power is forging ahead with its C$2.25 billion lawsuit against the Ontario government, as the Toronto-based developer says the October 2012 decision contained errors in points of law and evidence.

‘The reason that there are appeals courts is that sometimes, judges get it wrong,’ John Kourtoff, Trillium's CEO, tells NAW, adding that he does not anticipate a ruling before June.

The lawsuit centers around the government's confiscation and cancellation of Trillium's proposed 600 MW TPW 1 offshore wind project as a result of the provincial government's February 2011 decision to place a moratorium on offshore wind. The developer says it was planning to install 120 wind turbines on a site 17 km to 28 km offshore in Lake Ontario. (Siting the project further from the shoreline alleviates much of the avian impact, because 93% to 95% of such incidents happen within 1 km of the shore, Kourtoff says.)

According to Trillium, the offshore wind moratorium was issued just one hour before the company was to complete a C$22 million financing deal for the project. Furthermore, Kourtoff says, Trillium's out-of-pocket expenses for the project total C$5.3 million.

Kourtoff maintains that government's position to halt offshore wind power was politically motivated. He cites a May 2011 memorandum of understanding (MOU) between the Ontario government and Siemens Canada. The MOU sets forth a framework wherein Siemens and Ontario would work together on economic development initiatives related to both onshore and offshore wind.

The problem, Kourtoff contends, is that the MOU was executed three months after the government declared the moratorium. Such a discrepancy demonstrates that Ontario's action against offshore wind was not part of the province's core policy action as the government's lawyers now claim, he explains.

‘This is another smoking gun that demonstrates that the government's actions were in bad faith," Kourtoff says. ‘The actions were undertaken within a political calculus of the 2011 Ontario election.’

Trillium's lawsuit comes at an interesting time in Ontario, as several issues – ranging from electricity prices to changes in the province's landmark feed-in tariff – have come under tremendous scrutiny.

Further complicating matters is that the ruling Liberal Party is about to choose a successor to Ontario Premier Dalton McGuinty, who unexpectedly announced his resignation last October.

The good news is that Sandra Pupatello and Kathleen Wynne – two of the front-runners vying to lead Ontario's Liberal Party – both have expressed support for offshore wind.

‘It won't take long for this to get fixed,’ Kourtoff says. ‘If it does, it would send a strong signal for offshore wind.’