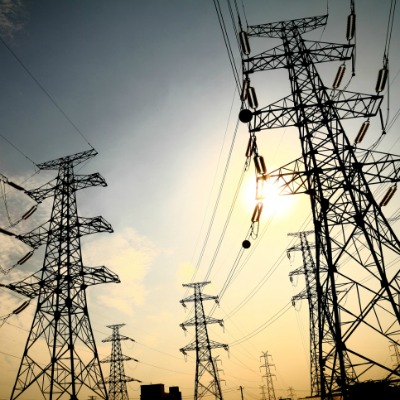 Texas' Competitive Renewable Energy Zone (CREZ) transmission build-out, representing billions of dollars in investment and a massive effort to help transport wind power across the state, is on track to completion. Construction work has been ongoing for the past several years, and the final lines are expected to be energized by month's end.

In 2005, legislators passed a law ordering the Public Utility Commission of Texas (PUCT) to identify prime regions for renewable energy development in the state known as CREZs. Three years later, with help from grid operator Electric Reliability Council of Texas (ERCOT), the PUCT designated five zones and over 100 transmission projects, including new construction and upgrades.

The CREZ lines are designed to eventually carry about 18.5 GW of wind power from remote areas – including the Texas Panhandle and West Texas – to highly populated regions, such as Austin, San Antonio and Dallas. However, the overall size and cost of the transmission program have changed since the initiative began.

Dan Woodfin, ERCOT's director of operations, explains that a 2008 study calculated a straight-line path for the transmission lines and considered only general locations of substations and other connection points. As time progressed and new siting considerations came to light, plans were adjusted accordingly.

The original forecast estimated 109 projects, spanning 2,963 miles and costing $4.97 billion. An October report, offering the latest-available data, expected the program to comprise 186 projects totaling 3,588 miles – with a hefty price tag of over $6.8 billion.

PUCT spokesperson Terry Hadley verifies that the few remaining projects are on schedule to be energized by the commission's year-end deadline, but he notes that 15 of the estimated 186 projects have been canceled.

"The PUCT, along with ERCOT, determined that these projects were not needed in order to satisfy the requirements of the CREZ project – namely to ensure a CREZ network delivery capacity of 18,456 MW," says Hadley.

Most recently, Electric Transmission Texas (ETT) announced that it has energized the last of seven CREZ lines it was assigned as part of the program. A joint venture between MidAmerican Energy Holdings Co. and American Electric Power subsidiaries, ETT says the 88.4-mile Edith Clarke-to-Cottonwood project came online Dec. 4.

CREZ work is nearing its end across the state, and it is obvious that wind developers are excited to connect to the new power lines.

Pattern's Panhandle Wind project is slated to interconnect to a transmission line that Cross Texas Transmission just completed and energized. The 218 MW wind farm, located in the Texas Panhandle, is currently under construction.

"This risk is the codependency of transmission and wind: Wind projects cannot be developed without associated transmission," he explains. "Texas took the bold strategy of solving that risk and built out the CREZ transmission system so that â�¦ wind could be developed, without wind developers also having to simultaneously build long transmission lines to load. Texas, in effect, socialized the policy benefits of wind in approving this critical transmission first step."

The Wind Coalition, an advocacy group focused on the south-central U.S., has also praised Texas for the CREZ initiative and promoting wind development.

"Texas has incredible wind energy resources, but access to the most productive areas has historically been limited by a lack of transmission capacity," comments Jeff Clark, the coalition's executive director. He says the CREZ initiative means lower electricity costs for Texas consumers, an economic boost for the affected regions, and improved grid stability throughout the state.

"When future generations look back on this investment in Texas infrastructure and analyze its benefits, I believe they will recognize it as one of the most visionary commitments the state has ever made," Clark adds.

Both Hodges and Clark also suggest other states should follow in Texas' footsteps. According to Hodges, many U.S. regions will continue to fall short of their wind energy potential without the proper infrastructure to transmit power to market.