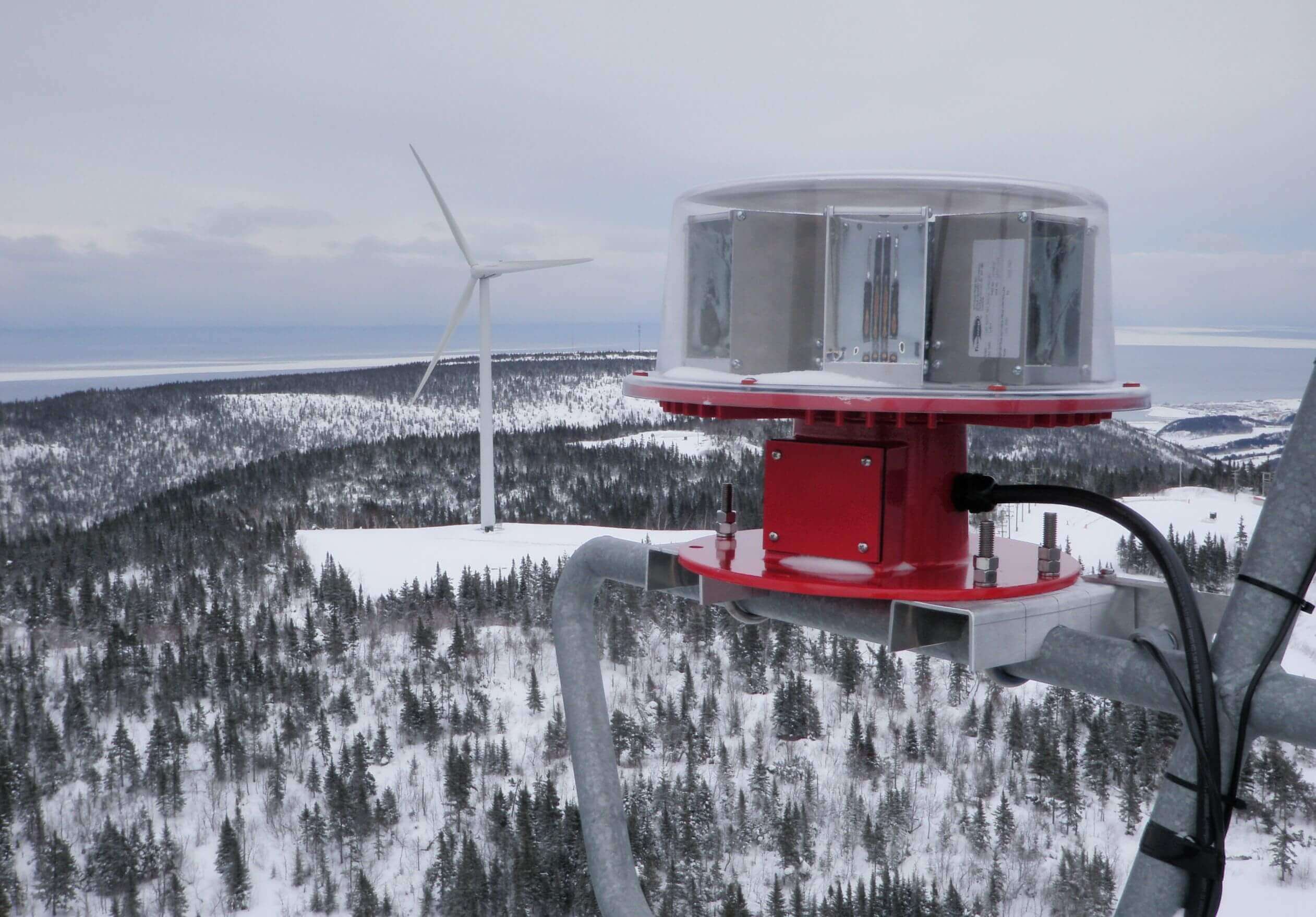 According to Technostrobe, the obstruction lighting technology is the first of its kind in North America. It was installed in Quebec’s Gaspe region in December 2015 after obtaining an exemption permit from Transport Canada.

The data collected at the Quebec site confirms LIDS technology effectively dims the lights on wind farms during clear nights. During the trial, the visibility was measured as being greater than 10 kilometers 83% of the time, thereby allowing the LIDS system to dim the lights by 90%.

Technostrobe notes that because clear nights and great visibility are the norm, the intensity of the obstruction lights is too bright most of the time. Therefore, adjusting the intensity level of the lights according to visibility significantly mitigates the impact on local communities, the company notes.

For its part, Quebec’s TechnoCentre eolien says the test results will position the province as a leader in the management of the visual impact of wind farm lighting.