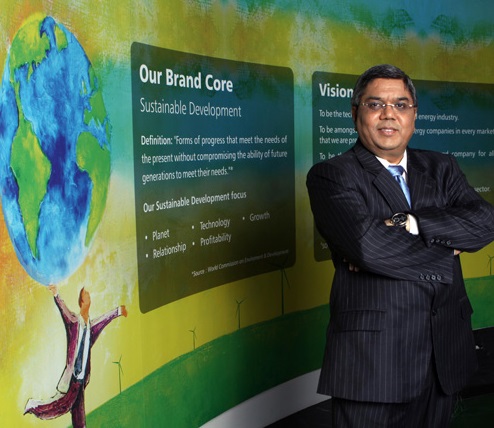 Suzlon Group says its S97-HT 2.1 MW turbine prototype, with an all-steel hybrid tower, has achieved a 35% plant load factor over the last 12 months.

The prototype was commissioned on June 9, 2014, in the Nani Ber District of Kutch, Gujarat, India, and has generated 6.42 million kWh of energy since its launch in November 2014. According to Suzlon, the product has received 350 MW of orders thus far.

The Indian turbine manufacturer says the S97-HT tower, with a 120-meter height, is the world's tallest all-steel hybrid tower. Combining both lattice and tubular structures, the turbine is designed to harness wind resources at higher altitudes and increases energy output roughly 12%-15% compared to turbines of the same capacity at a 90-meter height.

"By offering a product that can optimize and harness wind resources at higher altitudes, Suzlon has proved that even low-wind sites can be made attractive," explains Tulsi Tanti, chairman of the Suzlon Group. "Consistently achieving and maintaining a 35 percent PLF will help in reducing the levelized cost of energy."