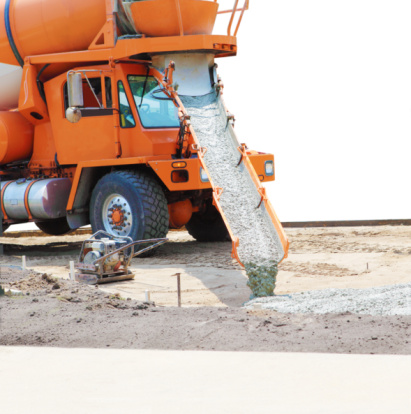 AUI Holdings is suing GSG and others for nearly $5 million for nonpayment for services rendered from October 2011 through May 2012.

The turbine, named Eve, is owned and operated by GSG 7 LLC, a holding company formed by Bruce and Joyce Papiech of Sublette, Ill. GSG also owns and operates Adam, a 2.5 MW wind turbine set on a steel tower, located on adjacent land. The concrete tower – a first-of-its-kind protoype – was designed by Postensa Wind Structures.

Clipper subcontracted with Postensa Wind Structures to design and build the prototype. Postensa then subcontracted the job to AUI, which performed construction services including the crane pad, foundation works, and concrete tower fabrication and erection. AUI performed balance-of-plant services for GSG 7, including all civil, turbine assembly and electrical works.

AUI, which completed the job in May 2012, claims it was paid only a fraction of what it is owed. When AUI took Postensa Wind Structures to arbitration, the International Arbitration Tribunal awarded damages to AUI.

However, shortly thereafter, Postensa Wind Structures – the U.S. arm of the Mexico City manufacturer – filed for Chapter 7 bankruptcy protection. Once the bankrupt Postensa subsidiary refused to pay, AUI then pursued a mechanic's lien claim against the other parties involved in the wind farm contract: namely, the turbine's owner, GSG 7, and the Vaessen family, who own the land hosting the turbines.

GSG 7, the landowners and Clipper filed motions to throw out AUI's lien claim on a number of grounds. One of those grounds was that the 300-foot post-ensioned concrete tower and foundation that AUI built was a trade fixture that is not ‘lienable’ under Illinois law. The court agreed with that argument and ruled against AUI.

However, AUI says the court's findings were improper and will appeal the decision, if necessary. But first, AUI filed a motion for reconsideration with trial court. If the court does not change its ruling, then AUI will appeal.

According to Dan Brennan, partner at law firm Laurie & Brennan, representing AUI, foreclosing on the lien is AUI's remedy for nonpayment if GSG does not step up and cover the cost of the foundation and tower.

‘GSG is benefiting from a project that they have not paid for,’ Brennan explains.

Ric Di Monte of Di Monte & Lizak, representing GSG 7 and the landowners, declined to comment on the pending litigation.

Foreclosure on wind farms is extremely rare, but it can happen.

In April 2014, for example, Suzlon loaned more than $200 million to Edison Mission Energy for the Big Sky wind farm. The loan was not fully repaid. Rather than Suzlon foreclosing on the wind farm, the turbine maker chose to take ownership of the wind farm instead of loan repayment. A short time later, Suzlon sold the wind farm to Pittsburgh-based Everpower Wind Holdings in May 2014.

At issue is whether a wind turbine should be considered real property or personal property. And depending on the outcome, the Papiech case could impact wind farm construction law.

‘Each state adopts its own version of the Uniform Commercial Code," explains Kim Diamond, co-chair of the American Bar Association's renewable, alternative and distributed energy resources committee.Â ‘A lien can be created over most personal property goods by a secured party recording a [Uniform Commercial Code] financing statement with the applicable filing office, as this perfects the secured party's security interest in the assets of the debtor specified on such filing.’

Ultimately, Diamond says, the determination of whether a particular good has become a fixture is often a difficult one to make under applicable real property law.

The hearing on AUI's motion for consideration is scheduled for Aug. 4.