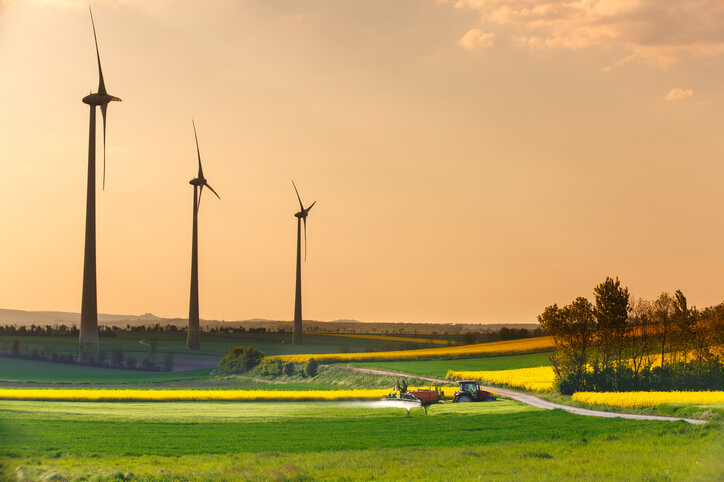 Wind power is on track to generate 10% of U.S. electricity by 2020. Analysts express greater uncertainty after that, when the impact of the production tax credit (PTC) will begin to tail off.

How will the market respond? These trends will outlive the PTC and keep creating demand for new turbines.

Offshore progress. The five offshore turbines off Block Island will be joined by hundreds of others now on the drawing boards. Costs will fall, and jobs and investments will follow. As part of the cost-cutting, major oil and gas players are repurposing ships and other offshore assets.

Hedging. Natural gas prices, historically volatile, have edged up. Even renewables critic Thomas Pyle of the Institute for Energy Research acknowledges it’s not in the national interest to overcommit to gas on the grid. Already, wind saves consumers billions a year by moderating gas price spikes; energy buyers will continue to hedge their bets.

Diversification. Big fossil companies are entering wind energy to diversify. Shell reportedly is even investing in wind partly because, in addition to putting electricity on the grid, it can power the electrolysis reactions that make hydrogen, a potential future transportation fuel.

Exports. Renewable NRG of Vermont, for instance, has customers in 160 countries for its met towers and resource assessment gear. By next year, it’s hoping to bring to market ultrasonic deterrents to keep bats away from turbines.

LNG growth. As exports of liquefied natural gas increase with more ports, wind turbines could fill some of the grid demand that gas now serves.

Electrification. Electric vehicles (EVs) are going mainstream and spawning new variants. Many early adopters prefer to drive on renewable energy. Transportation currently accounts for just .3% of electricity use, but EVs at scale could increase demand grid-wide.

Policy trends
State policies. States continue to work on increasing their renewable energy standards, including California, Minnesota and Nevada. Assuming they withstand challenges, these state laws will continue to drive wind purchases after the national policy phases out.

Utility IRPs. Utilities in 33 states must file integrated resource plans (IRPs), forecasting their sources of electricity for five to 20 years. Wind’s low cost and fixed price makes it an essential part of many utilities’ long-term planning. Its growing track record for reliability and grid services has led some utility executives to call wind “the new baseload.”

Transmission build-out. Administration leaders, as well as regional grid operators and the wind industry, are starting to push for upgraded grid infrastructure to overcome congestion and get all this low-cost energy to market. Transmission pays for itself many times over in consumer savings, so the obstacles are mainly policies and regulations, not dollars. The expected infrastructure bill in Congress will be an opportunity.

U.S. factory jobs. One of President Donald Trump’s top campaign promises was to keep U.S. factory jobs. The U.S. started 2017 with 25,000 jobs making parts for wind turbines at 500 factories and assembly plants. Navigant says that can grow by 8,000 factory jobs during Trump’s first term in office.

Bipartisan support. Dozens of Republicans in both the House and Senate are strong wind advocates because they see the economic benefits back home. By 2020, Navigant projects 147,000 American wind workers in all and another 101,000 spin-off jobs in surrounding communities. We’ll generate $85 billion in economic activity over this presidential administration – much of it in rural and Rust Belt areas critical to the next election.

And that’s why I believe wind will keep working for America.

Tom Kiernan is CEO of the American Wind Energy Association.

I seen a video on face book, were small wind turbines were placed on hi-way road sides and the passing vehicles turn them, very good idea I think, like to see some one look in to this energy saving idea?