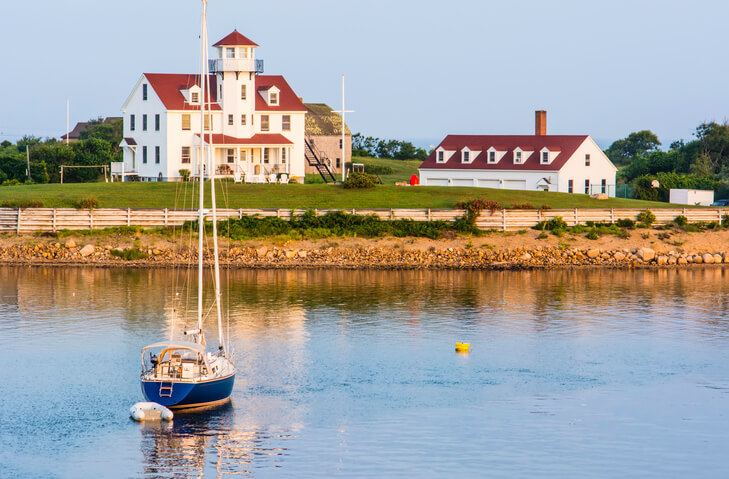 According to an announcement from Block Island Power Co., today’s early-morning transfer of the island’s electrical grid from diesel generation to wind generation was the final step in a process that began more than a decade ago: Customers’ concerns peaked in 2008 when the high cost of fuel for the diesel generators drove electrical costs to over $.60/kWh.

Now, according to the company, the approximately 2,000 electric customers on Block Island will have access to lower-cost and cleaner energy.

“Wholesale energy prices are at historic lows right now, and to have the opportunity to secure some long-term contracts for our customers provides price stability and allows customers to budget month to month, rather than have their electric bills tied to volatile diesel fuel prices,” says Jeffery Wright, interim president of Block Island Power Co. “Our power contract that went into effect today will take us into the fall of 2018. Between now and then, we will monitor the regional energy markets and seek out even better opportunities that will provide our customers with predictable electric rates.”

According to the power company, Block Island electric ratepayers will see an immediate relief in their bills.

“The simplest way to explain the immediate impact to the bills is that the fuel cost adjustment is going to be replaced by a standard offer and transmission charge that will be a combined $12.44 cents/kWh,” says Wright.

In addition, access to the wholesale markets will change how Block Island Power Co. will look at its costs, says the company, which will be preparing a restructuring plan and cost-of-service study this summer to review how its costs will be distributed among ratepayers.

The company says an additional benefit of the project is that the town of New Shoreham, R.I., now has access to fiber optic cable built into the sea2shore cable. The town is looking into how best to make use of that high-speed connection to the mainland.

Jeffrey Grybowski, CEO of Deepwater Wind, describes Block Island as now “the first town in the United States to be powered by offshore wind.”

“It’s our honor to celebrate this historic milestone with Block Islanders. We’re confident that the example Block Island has set will inspire communities up and down the Eastern Seaboard to chart their own path toward a renewable future,” he adds.