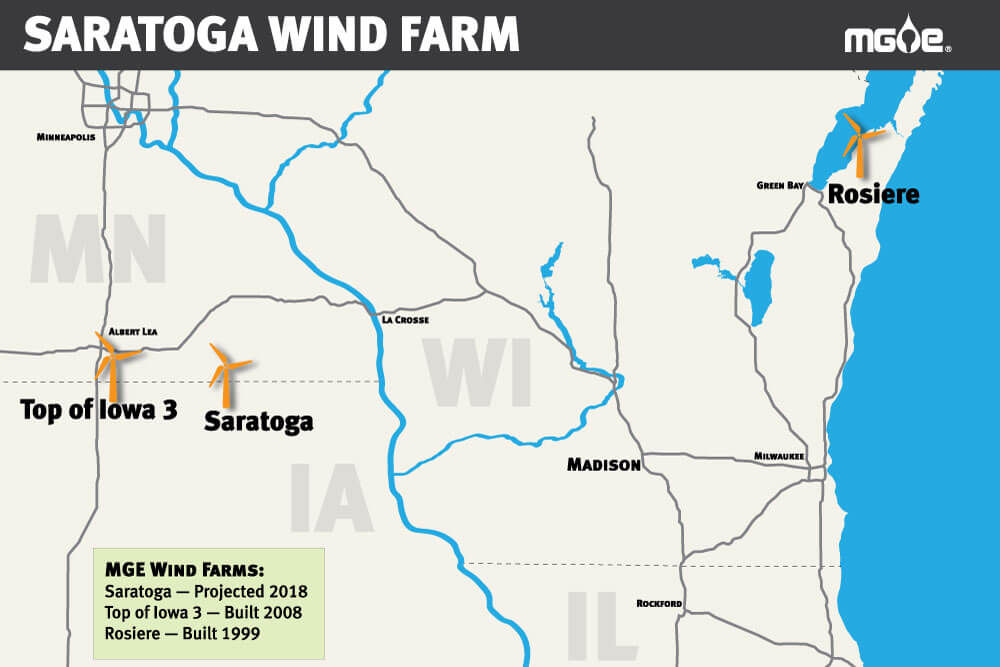 According to details released by the Sierra Club, which was in attendance, the environmental group and others urged the commission to approve the Saratoga project. Notably, they also argued that the 66 MW wind farm doesn’t go far enough; they said adding larger blocks of wind would further reduce customer bills and provide clean energy that customers want, according to the Sierra Club.

“People want clean energy,” says Elizabeth Katt Reinders, Sierra Club campaign representative, in a press release. “Just last night, dozens of people turned out to the City of Madison’s clean energy meeting to share their vision for how Madison can reach its 100 percent clean energy goal. Not 30 percent clean energy – 100 percent. The Saratoga project is a great first step, but MGE needs a bold plan to move beyond its heavy reliance on coal and invest in a vision that embraces the full potential of renewable energy.”

In February, MGE announced a proposal to construct, own and operate the Saratoga wind farm, the utility’s largest wind project to date. The 33-turbine project would be located about 200 miles west of Madison, Wis., near Howard County, Iowa. Under its Energy 2030 framework, MGE has pledged to supply 30% of electric sales with renewable resources by 2030, with a milestone goal of 25% by 2025. The company also will work with customers to reduce carbon emissions 40% from 2005 levels by 2030.

Reinders continues, “Other utilities in the Midwest are already on track to generate twice as much clean energy as MGE merely hopes to get in 2030. Coal power is costing Wisconsites; we’re paying with our health and our wallets. Clean energy is an investment in lower bills, cleaner air and water, and jobs in one of America’s fastest-growing industries. If MGE doesn’t think bigger than 30 percent by 2030, they will get left behind, and customers will pay the price.”