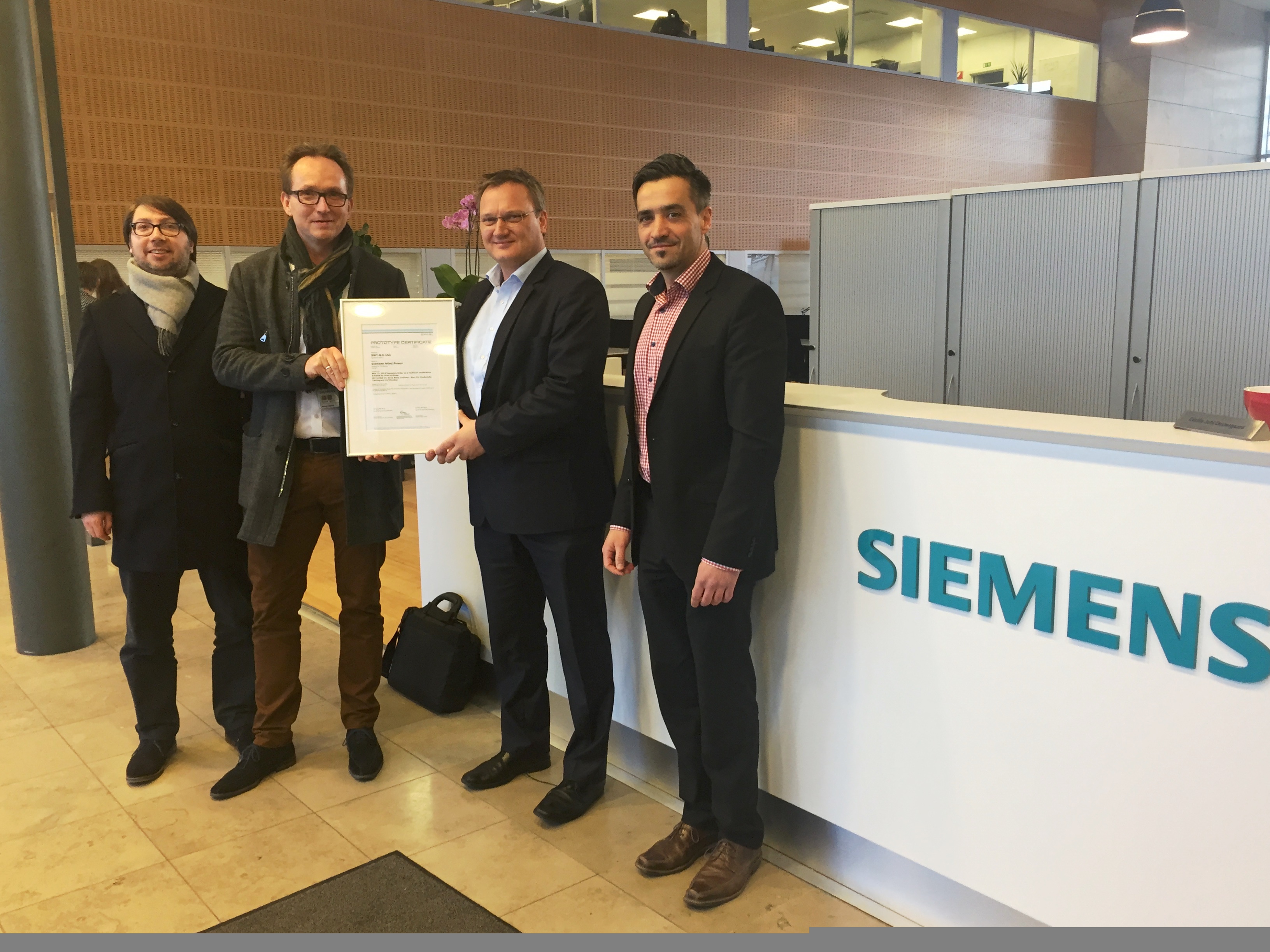 According to DNV GL, the certification confirms all relevant safety features on the turbine according to IEC 61400-22 and Danish executive order BEK 73:2013.

By erecting the turbine at a test center for wind turbines in Østerild, Denmark, Siemens will be able to perform a measurement campaign for the next phase of the type certification process – which is crucial for bringing the turbine to market, says DNV GL.

“We are proud to have received the prototype certificate at this early stage, allowing us to install our SWT-8.0-154 prototype according to plan,” says Morten Rasmussen, head of Siemens’ wind power technology. “The third evolution on the offshore direct-drive platform truly marks the move towards industrializing offshore wind power. We are also proud to be once again cooperating with DNV GL, who is equally responsible for allowing us to reach our goals on this very short timeline.”

The SWT-8.0-154 turbine – an evolution of the SWT-6.0-154 and the SWT-7.0-154 – features an upgraded generator, including an adjacent electrical system and an advanced control system. In addition, the upgrade to 8 MW is made possible by new magnet technology.