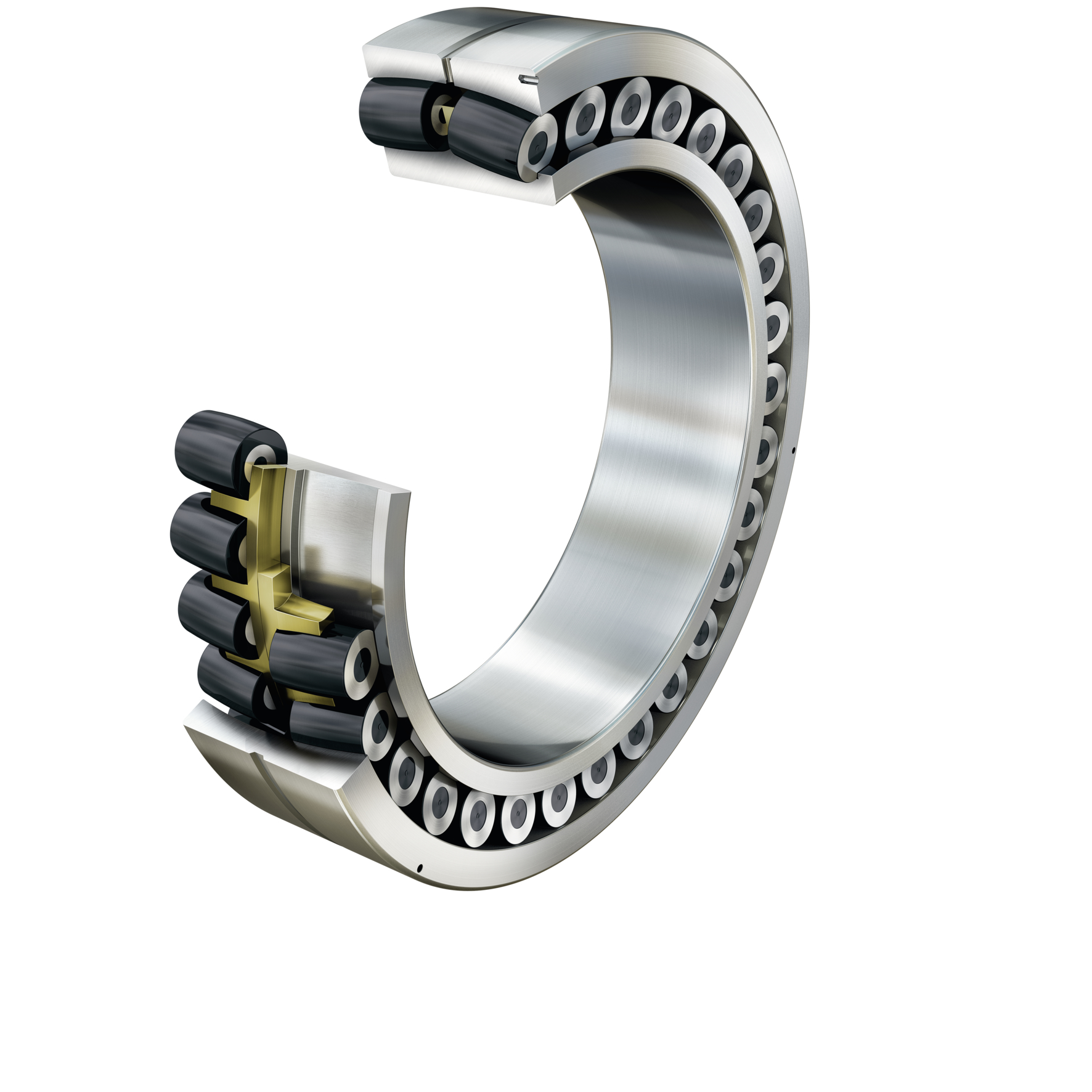 Schaeffler, a global integrated automotive and industrial supplier, has optimized its spherical roller bearings for rotor main bearing supports in order to increase the reliability, availability and efficiency of wind turbines.

According to the company, the bearing supports of the rotor shaft are of central significance in wind turbines, and the locating bearing is subject to especially high axial loads. Against this background, Schaeffler has optimized its tried-and-tested standard spherical roller bearings to meet the requirements for use in turbines even more. In addition, Schaeffler has developed an asymmetrical bearing design.

With regard to microgeometry, developers have improved the surfaces to reduce friction and, thus, the application of energy and wear. In addition, they have adjusted osculation to transmit rolling element normal forces across a large surface, reducing contact pressure. The company states that adjustments in macrogeometry primarily comprise two aspects.

First, the engineers have reduced the internal bearing clearance, which has improved the operating clearance. This has also reduced the rolling bearing forces and the axial sliding of the drivetrain.

Second, they used a firm center rib for the locating bearing supports of the turbine rotor and increased axial rigidity, which reduced the axial displacement of the drivetrain. In addition, the firm center rib helps distribute the contact pressure along the roller.

With these two measures, they have been able to increase the bearings’ robustness against wear, which is caused especially by axial displacement. As part of validation, the bearings were subjected to testing to be granted Schaeffler’s “X-life” seal of approval. The necessary validation steps have been certified by Germanischer Lloyd.

The asymmetrical bearing design represents another major step, as it significantly increases the axial load-carrying capacity and, thus, the service life of the main bearings in turbines. The company says it allows a greater contact angle on the row of bearings supporting the axial load and a flatter contact angle on the row of bearings that mainly support radial loads, resulting in a better load distribution, reduced contact pressure and a significant reduction of the axial sliding distance.