Home Recent New & Noteworthy Report: The More Clean Energy A State Has, The More It Attracts... 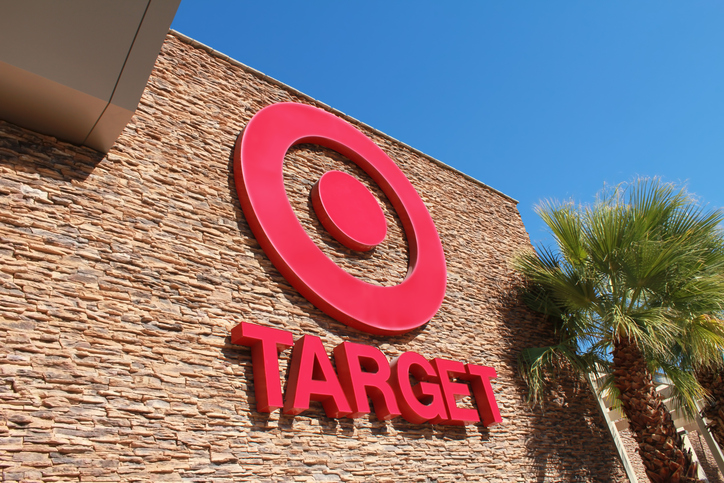 U.S. states that are investing in clean domestic energy production are also the most likely to attract major businesses, creating thousands of jobs in their communities, concludes a new report jointly released by the Retail Industry Leaders Association (RILA) and the Information Technology Industry Council (ITI).

The new analysis ranks all 50 U.S. states based on the ease with which some of the country’s most recognizable company brands can procure domestic renewable energy, such as solar and wind, for their operations.

The RILA/ITI report notes that demand for clean energy among retailers and technology companies is expected to increase to 60 GW by 2025, the equivalent of powering over 43 million homes.

Retail and tech companies, such as Amazon, Apple, Facebook, Google, Microsoft, Target and Walmart, are among nearly half of the Fortune 500 companies seeking to locate operations in states with clean energy production due to fossil-fuel price volatility and pollution concerns, according to the report.

“As adoption of the cloud accelerates, so does the energy consumption of the data centers that power the cloud. Meeting these energy needs with renewable energy is good for our business, the economy and the environment,” explains Dan’l Lewin, corporate vice president of technology and civic engagement at Microsoft. “Our clean energy investments provide economic and sustainability benefits to the communities where we operate, while enhancing the reliability of the local grid. We hope this report will create opportunities to expand this work.”

“Walmart is proud to be recognized as a leader in renewable energy procurement, and we are encouraged that a number of states have made significant efforts to support the practice,” says Mark Vanderhelm, Walmart’s vice president of energy. “Much work remains to be done, and we look to these efforts to determine the best practices that will drive the broader creation of cost-effective, customer-focused, and operationally sustainable renewable energy procurement programs.”

In addition to ranking all 50 states, the report identifies barriers that inhibit states from growing their economies through domestic renewable energy. They include over-regulation and high artificial taxes that shut state power markets off from competition and regional cooperation in order to protect legacy fossil-fuel electricity production. The study also includes examples of multiple states benefiting when they lower barriers, such as a deal between an Illinois-based IKEA wind farm and a Virginia clean energy developer.

According to the report, the results show a wide disparity in clean energy policy at the state level, making some states far more attractive to businesses that use large amounts of electricity, such as retailers and technology companies. 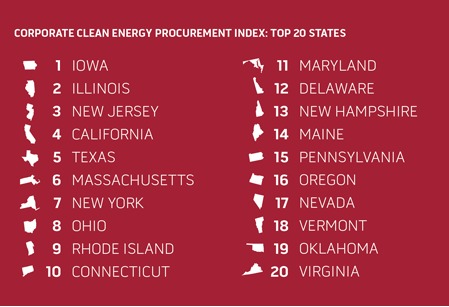 The report recommends that state policymakers focus on deregulating their power markets to enable customer choice of renewable energy and competition from renewable energy producers. It urges states to lower artificial taxes that target their domestic clean energy producers. The report also recommends allowing businesses to have on-site production, such as solar panels on their roofs, or battery energy storage technologies to help ease power grid demands during peak times.

“Retailers are at the forefront of the growing trend to procure clean energy to power their operations; this index will help them focus on the states that are conducive to doing business,” says Adam Siegel, senior vice president of research, innovation and sustainability at RILA. “We urge state governments to look hard at steps they can take to promote customer choice for renewable energy so that they can open the doors to new investments.”

Rick Goss, senior vice president for environment and sustainability for ITI, adds, “The technology industry is increasingly transitioning to clean energy to meet customer demands, consumer expectations and our own strong sustainability commitments. Clean and renewable energy sources are good for the environment, and they provide energy reliability and price stability benefits that are good for business. States interested in growing their tech sector should embrace this trend.”