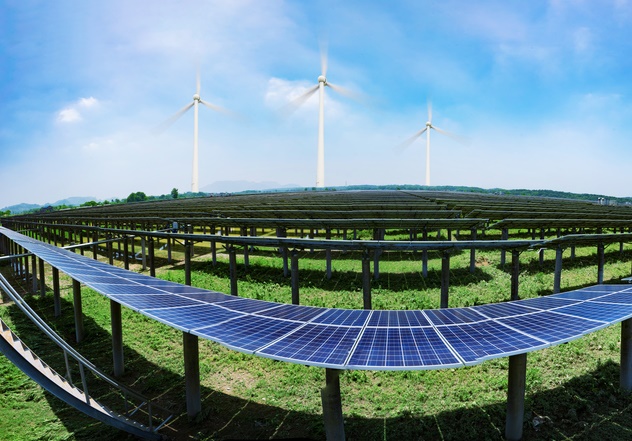 The rapidly expanding corporate sourcing of renewable electricity could prove to be a major driver in the world’s transition to a zero-emissions economy, according to a new report released by RE100, a global initiative of companies committed to 100% renewable power.

The RE100 Annual Report, which highlights the speed of the corporate transition to cleaner energy, says many RE100 members have set an end goal for achieving 100% renewable electricity before 2024, and 11 members already achieved 100% renewable electricity prior to 2015. Subsequently, a clear signal has been sent to governments and investors around the world that the growing demand for renewable energy must be met sooner rather than later, according to RE100, which is led by The Climate Group and CDP.

Based on the latest available electricity consumption data (2015) from RE100 members, other findings in the report include as follows: 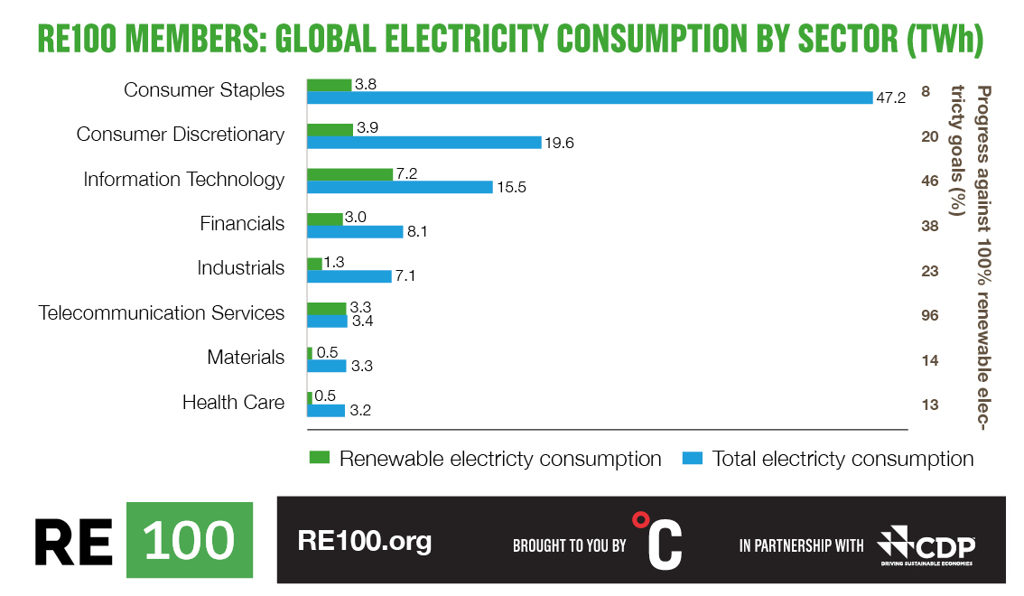 Notably, of the 34 RE100 members reporting the use of self-generation on-site at their facilities, wind (46%) and solar photovoltaics (45%) were by far the most popular technologies, the report says. (Note: Of this self-generation, only 1% came from on-site facilities.)

In addition, according to the analysis, the membership within the telecommunication business is the closest sector to reaching 100% renewable electricity (97% in 2015).

Barry Parkin, chief sustainability officer at Mars Inc., the first U.S. company to have joined RE100, says, “The rapid expansion of membership in RE100 is a great indicator of the momentum behind renewable electricity. The business case is now evident, and we expect continued acceleration of corporate engagement.”

Three major European businesses have also announced their new membership in RE100: Danske Bank Group, Gatwick Airport Ltd. and Royal Philips. Each has committed to 100% renewable electricity across their global operations.

“It is really encouraging to see that more companies than ever are committing to bold climate action, helping us move towards a net zero-emissions economy,” says Damian Ryan, acting CEO of The Climate Group. “But we need to see faster progress. In order to deliver on the Paris Agreement and keep global warming well below 2 degrees, we need governments to remove policy barriers and create investment incentives that can provide easier access to renewable energy. And we need more business leaders to influence the usage of renewable power right along their supply chains.”

The full RE100 report can be found here.