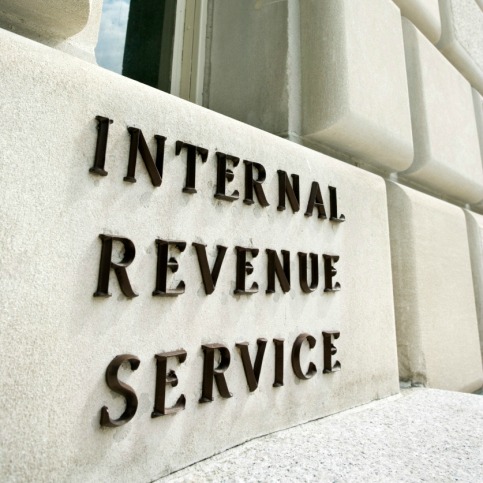 In order to qualify for the production tax credit (PTC), the Internal Revenue Service (IRS) says that renewable energy projects starting construction in 2013 must be able to demonstrate ‘significant work of a physical nature’ and show that 5% of their costs have been incurred.

The IRS ruling comes nearly four months after Congress extended the PTC for one year. In the extension, Congress amended the language to allow any project that starts construction in 2013 to qualify for the PTC, rather than require the project to be fully completed. Congress tweaked the rule to allow developers to maximize the tax incentive.

According to the IRS, the guidance affects qualified facilities under Section 45 D of the Internal Revenue Code, including wind, geothermal, biomass, landfill gas, incremental hydroelectric and ocean energy projects that are under construction by December 2013.

While the IRS guidance largely mirrors the guidance the U.S. Department of the Treasury issued for the Section 1603 cash-grant program in 2010, there are a few subtle inclusions worth noting, according to Keith Martin, a partner at the law firm Chadbourne & Parke.

For example, the IRS has ruled that there is no deadline to complete projects that begin construction this year. However, the IRS maintains that wind developers ‘must show a continuous effort to advance toward completion of the facility,’ a provision that Martin says could introduce ‘an element of uncertainty in project finance."

"Upon first glance," he explains, "[the requirement] could complicate things.’

David Burton, a partner at law firm Akin Gump Strauss Hauer & Feld, agrees.
He says the inclusion of such a requirement could be a hindrance for tax-equity deals because tax-equity investors may be concerned about the ‘subjective nature’ of the continuous-construction provision.

Under the IRS notice for PTCs, Burton explains, the tax-equity investor will need to consider not only whether 5% of a project's costs have been incurred, but also whether continuous construction was undertaken starting Jan. 1, 2014. ‘Continuous construction introduces an additional subjective element that requires an incremental layer of analysis for tax-equity investors and their counsel to grapple with,’ he says.

Taken as a whole, Burton says the rules pertaining to the PTC are more transparent than the previously issued guidance for the Section 1603 cash-grant program.

For example, the IRS has spelled out several exceptions that could prevent developers from continuously constructing wind farms. According to the IRS, the exceptions include ‘severe weather conditions, natural disasters, licensing and permitting delays … labor stoppages, inability to obtain specialized equipment of limited availability, the presence of endangered species, financing delays of less than six months and supply shortages.’

Notably, the IRS says it will also allow wind developers to treat multiple turbines as a single wind farm so that developers do not have to prove that construction started at each individual turbine location, which Martin says is a departure from how the IRS typically viewed wind farms.

‘Since 1994, the IRS has analyzed each turbine as if it were a separate power project,’ Martin explains, adding that tweaking the definition is a good thing for the wind industry because ‘it will be easier for wind developers to show a project has started construction.’

With respect to requiring wind developers to prove ‘physical work of a significant nature,’ Martin suspects the IRS was cognizant not to repeat a misstep from the cash-grant guidance.

‘Work at the factory counts only if done after the project has placed a binding equipment order with the manufacturer or if the work is custom made,’ he notes.

While the PTC guidance should help project development move forward, some wind developers maintain the good news is tempered when measured against macroeconomic factors.