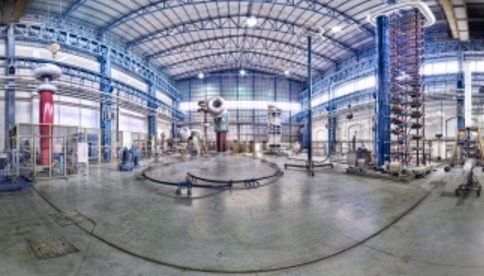 “This milestone innovation shapes the progress of the entire HVDC cable industry, reaching 3.5 GW per bipole – the highest power rating ever – with cost reductions of up to 30 percent per transmitted megawatt,” stated Massimo Battaini, senior vice president of energy projects at Prysmian Group. “The successful testing at 600 kV is further proof of the quality and robustness of the P-Laser insulation technology.”

Prysmian notes that P-Laser is the name given to the most advanced technology using an in-house-developed thermoplastic material – known as HPTE, or high-performance thermoplastic elastomer. HPTE permits more efficient cable production with lower environmental impacts than traditional XLPE, for which the manufacture is performed in a single and continuous process.

The new technology does not require a chemical reaction during manufacture to achieve the material properties required for the long-term electrical integrity of HVDC insulation systems, Prysmian says, giving the additional benefits of shorter production times, reduced energy consumption and lower greenhouse-gas emissions.

The company adds that P-Laser technology is fully compatible with existing cable and accessory technologies for use in underground or subsea conditions and provides a better electrical performance and a higher reliability in comparison with traditional XLPE-insulated cables.