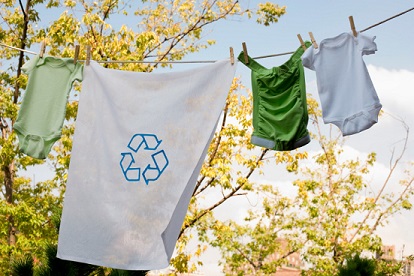 Facilitated by a partnership with EDF Renewable Energy (EDF RE), Procter & Gamble (P&G) has announced plans to use wind power to meet 100% of electricity demands for all of its North American Fabric & Home Care plants, where brands such as Tide, Gain, Downy, Dawn, Cascade, Febreze and Mr. Clean are produced.

EDF RE's wind farm in Cooke County, Texas, to be fully operational in December 2016, will generate 370,000 MWh of electricity each year – providing electricity for all P&G Fabric and Home Care facilities in the U.S. and Canada.

The partnership was announced at the White House today, as P&G became a signatory of the "American Business Act on Climate Pledge," which commits the company to achieve 30% renewable energy to power its plants globally by 2020, with a long-term goal of using 100% renewables. The comes on the heels of a September announcement in which P&G committed to reduce absolute greenhouse gas emissions by 30% by 2020.

The amount of power generated from the partnership with EDF RE will be equivalent to avoiding more than 200,000 metric tons of CO2 annually – equaling 1% of the national annual reduction target for electricity emissions called for in the White House's Clean Power Plan.

Shailesh Jejurikar, North America Fabric Care president for P&G, says, "It is incredible that the wind farm will generate enough electricity for all our P&G Fabric and Home Care plants. To put that in context, this is enough electricity to wash a million loads of laundry."

To celebrate the collaboration, P&G and EDF RE have constructed a mini wind farm – made up of thousands of spinning pinwheels – in Washington, D.C., on the lawn in front of the Capitol building.