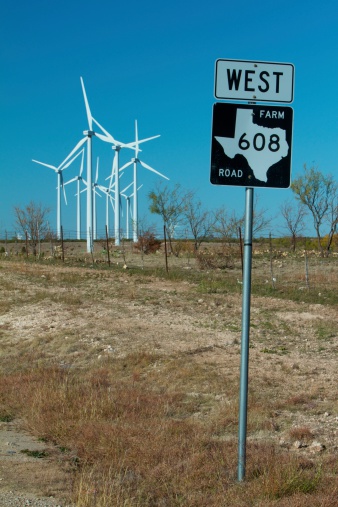 Long-term contracted sales to utilities remained the most common off-take arrangement, but merchant projects continued to expand, at least in Texas.

According to the U.S. Department of Energy's 2014 Wind Technologies Report, electric utilities continued to be the dominant off-takers of wind power in 2014, either owning (26%) or buying (40%) power from 66% of the new capacity installed last year.

However, so-called merchant, or quasi-merchant, projects continued to rebound in 2014.

Merchant/quasi-merchant projects are those whose electricity sales revenue is tied to short-term contracted and/or wholesale spot electricity market prices (with the resulting price risk commonly hedged over a 10- to 12-year period) rather than being locked in through a long-term power purchase agreement (PPA).

Of the merchant capacity built in 2014, 96% is located in Texas, with the small remainder located in the footprint of the PJM Interconnection and New York.

According to the report, a number of factors may drive a further increase in quasi-merchant off-take arrangements in the next two years: For starters, wind PPAs remain in short supply and most projects currently under construction will come online this year or the next in order to maintain production tax credit eligibility. Additionally, the report notes that Texas' Competitive Renewable Energy Zones transmission lines provide market access to a significant amount of new wind capacity within a hedge-friendly market.

As noted in the report, hedges are often structured as a ‘fixed-for-floating’ power price swap – a purely financial arrangement whereby the wind power project swaps the ‘floating’ revenue stream that it earns from spot power sales for a ‘fixed’ revenue stream based on an agreed-upon strike price.

For some projects, the authors note, the hedge is structured in the natural gas market rather than the power market.